Recently there is a news coming from the politics of Andhra Pradesh state assembly of India as the huge protests and opposition is faced by the ruling government of the state  as the protesters demanding the relief from the ruling government the Naidu’s called campaign is being a headache for the ruling party, with Jagan Mohan Reddy as the chief minister, the campaign is going viral on social media and many news channels and YSRCP surrounded  Naidu in assembly for criticizing Jagan Mohan reddy for the slogan against the government as ‘Jagan hatao’ slogans and using abusive language heard in shoutouts as this  campaign is to save Andhra Pradesh from its ruling government as this is said by the opposition, just continue reading for details, Follow More Update On GetIndiaNews.com 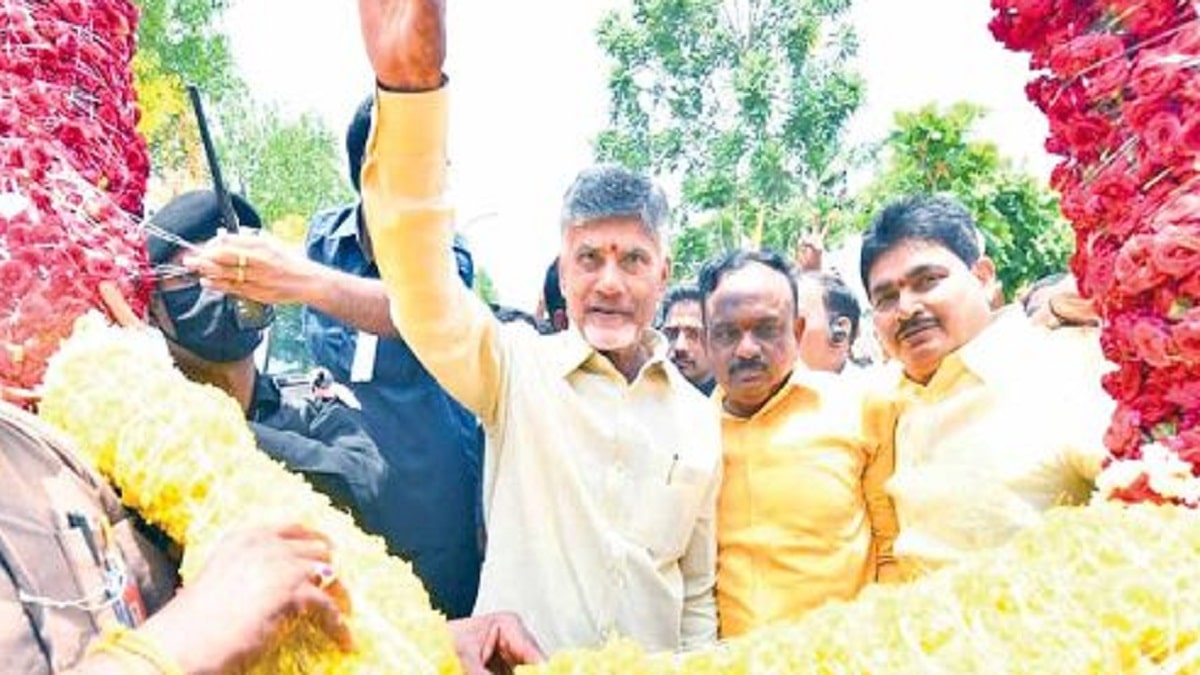 As the matter is raised in assembly and YSRCP industries minister Gudivada Amarnath falls heavily on the opposition leader TDP national president N Chandrababu Naidu for criticizing CM Jagan Mohan reddy and not playing a respectable role of opposition leader and for the promotion of false propaganda against the ruling government during his tour in the mini Mahanadu in Anakapalli district, the minister told this also to the reports at YSRCP central office, at Tadepalli on Wednesday after TDP statements. and the YSRCP minister said that Naidu has been encouraging his party leaders and workers to use false language against the Chief Minister, and he said that

Naidu did nothing for the development of the state during his five-year reign previously and the minister listed and elaborated on the works of the government as the government has done many welfare schemes implemented in the state and CM Jagan Mohan reddy has done justice to the people of Andhra Pradesh as the CM Reddy has worked for BackwordCast’s like Scheduled Cast’s, Scheduled Tribes’s and minorities challenged the TDP leader Naidu to probe him wrong and said the Backword casts which are supporting the TPD  are now coming with YSRCP and supporting reddy

This all has been done because the TDP national party with president N. Chandrababu Naidu, coming in news form Thursday for the inauguration of  Ankapalli parliamentary party office, accusing the CM YS Jagan Mohan Reddy with many blames and slogans against him saying that CM is lacking in skill to how to run a government in a state and appealed to the people from a news conference that to take up the voice for “Jagan hatao” campaign,

He took part in the different meetings and public gatherings held after the darshan and prayers at the Kanyaka Pamameswari Temple, he said that a psycho and anti-development rule is going on in Andhra Pradesh for three years, and its time to raise the voice and asked all sections of the population to must join and continue the slogan enchanting “quit Jagan”, Naidu said his words with different examples as he said, a person who doesn’t know how to ride a vehicle will have no idea which way will it be going and as the Jagan Reddy government is the same as the example.