There has been a new drama on the internet as one of the Youtubers has been arrested by the authorities as he has been seeing flying his pet dog on Balloons in the video which is super dangerous and can really hurt the dog severely, the name of the dog is a dollar. 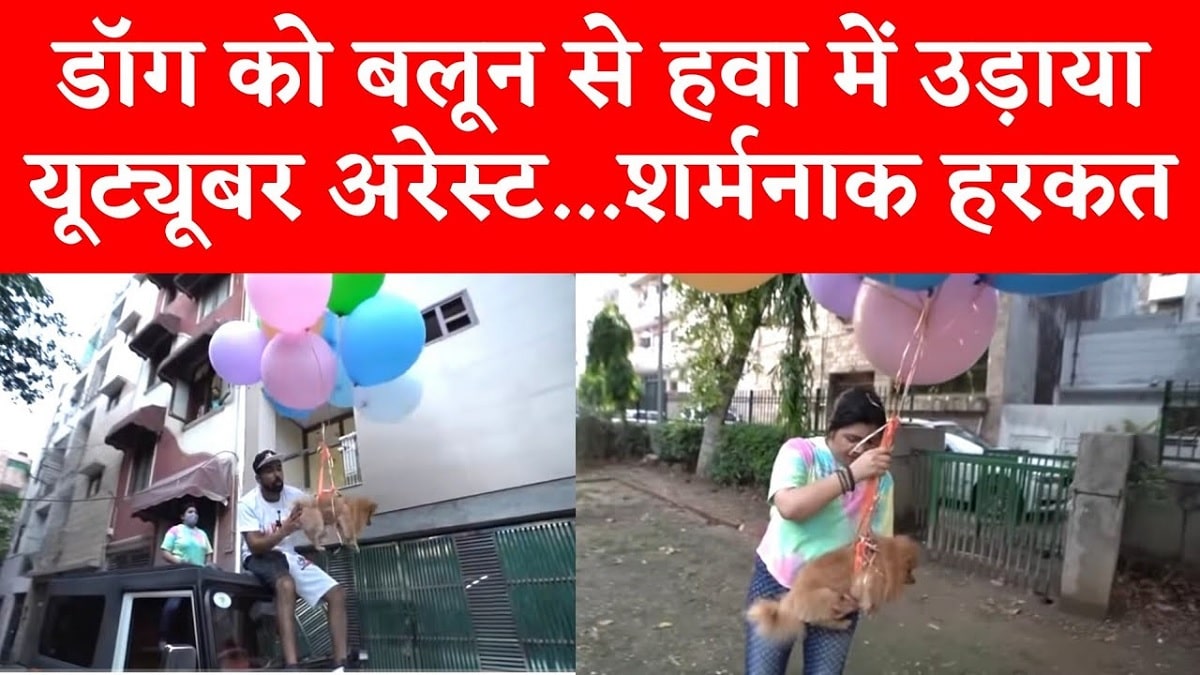 Who is Gaurav Sharma?

and after facing such repercussions as he got arrested which is totally fair as this is just stupid to make a dog fly with having such a risky way behind it and this lands as animal abuse without a doubt and that too doing it to his own dog, how stupid can a person be. after all of this drama, he has deleted the video and has given advice to his viewers not to do such a thing which is his way of damage control and also his audiences are highly influential as they are small kids who watch him and if they get influenced by him then it is going to be a disaster and someone must have advice the guy to take down the video as we don’t think that he has this kind of sense.

The Youtuber belongs to Delhi naming Gaurav Sharma and it has been stated by the DCP South Atul Thakur that he has been arrested for his deeds and has been arrested under the crime of cruelty to the animal as he has put in the risk of losing his dog’s life for the sake of the video, now the video has been deleted and he has also made a video apologizing for the same.

The case has been registered for the guy in the Malviya Nagar police station after the issue was raised by the People For Animal and then it went downhill for the guy, it is just outrageously stupid as to what he has done.

He stated in the video that no one needs to take it in a wrong way as we are taking all of the precautions required as we are going to make dollar fly and he further stated again that they are taking all of the safety precautions that are needed to be taken which he stated in the old video that has been deleted now because it is not about taking precaution, it is about making the dog panic as it is not a dog’s instinct to fly high.

In the video, it is being seen that he is asking the shopkeeper that how many hydrogen balloons are required make the dog fly, apologizing for what he has done won’t help as how can you not realize that what you are planning to do is just outright wrong, he knew that this is wrong but it seems like that he cares more about views.