Was Wendy Moten Robbed? ‘The Voice’ Fans Say Contestant ‘ROBBED’: It seems like Twitter was ablaze on 14th December 2021, with some of the viewers claiming that multiple contestants were “robbed” when it comes to the season finale of “The Voice”. A girl named Tom has been crowned as the winner of the season, fans seem to be split with some people saying that Hailey Mia has been robbed. Follow More Update On GetIndiaNews.com 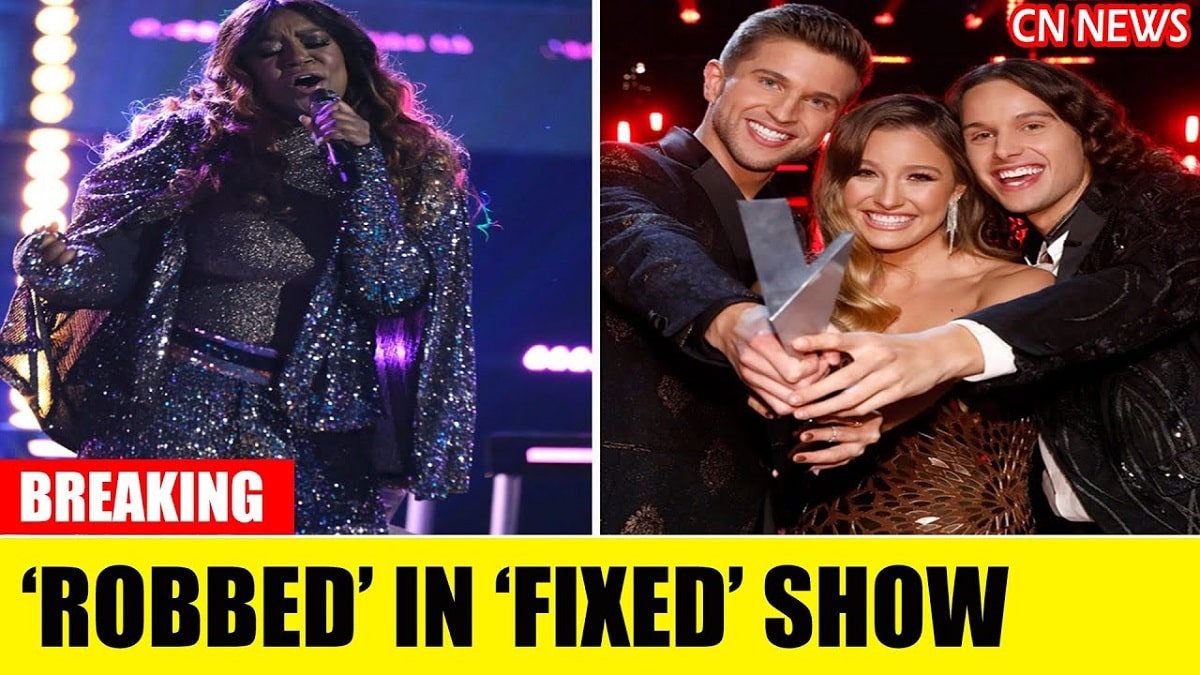 There are others who are Tweeting that Wendy Morten deserved to win. This hasn’t been the first time that the question of fairness has come alive when it comes to “The Voice”, in the month of November, the fans questioned whether it was “fair” to have Moten compete when she has been performing professionally for decades.

In fact, Moten had a single chart in the UK in the year 1994 and also rose to number five on the adult contemporary charts in the year 1993, she has toured with the likes of Tim McGraw, Faith Hill, Martina McBride, and Vince Gill, this has been stated on her website.

The final five consisted of Girl named Tom, Wendy Moten, Hailey Mia, Jershika Maple, and Paris Winningham. The most recent predictions from Gold Derby correctly placed Girl Named Tom as the frontrunner and most likely to win. According to the outlet, Girl Named Tom soared into the finale with 8/13 odds, followed by Wendy Moten with 31/10 odds of winning the season.

The newly crowned winner has spoken to Hollywood Life just before learning that they’d been named the crown holder, they stated no matter the outcome, they are going to learn about themselves along the way, Bekah Liechty told the reporters, “We are very honored to have had this experience, to try it out, and to bring it. This is what we do, and we hope people like it and to have America vote us into the finale, the first trio, it is just like, what?! We are so humbled and grateful, and it really has given us new confidence moving forward. It has been very helpful.”

At the time of Tuesday night’s performance, a star-studded lineup took the stage including the likes of Carrie Underwood, Coldplay, Ed Sheeran, Alicia Keys, Walker Hayes, Keke Palmer, and Tori Kelly. The show’s mobile app revealed the winner which later proved to be correct.

Recently, The Voice Season 21 has declared the winner of the show. Throughout the season, the show has remained in the headlines due to several controversies related to the contestants and the judges. However, still, the show is managing to be in the headlines. Yes, this time, the fans of Wendy Moten brought the show to the limelight because they think the show was fixed. The fans are angry over finalist Wendy Moten’s defeat to Girl Named Tom in The Voice 21. The fans are showing their disappointment with the show on the internet. In this article, we are going to give you all the details about the whole matter.

The two-part season finale was premiered on Tuesday night. At last, the Girl Named Tom band was announced as the winner of the show, while Wendy Moten became the first runner-up of the show. After the announcement of the winner, the fans of Wendy Moten took social media platforms to express their frustration over their favorite contestant’s defeat. The fans claimed that she was “robbed” of the victory. One user tweeted, “watching this moment made me absolutely SICK for wendy, man I can’t #TheVoice.”

Likewise, another one shouted at the coach of Wendy Moten, Blake Shelton, claiming that the duo should have won the title of the show. The fans are really upset and creating a buzz over the internet regarding this matter. The flood of comments has come on Twitter. Some people are supporting the decision of the show, but some are criticizing the judges for being biased. We really don’t know whether the show was fixed or not. All the participants have given their best in the show, so we can’t say that the show was fixed.

However, Wendy Moten didn’t issue any statement regarding the matter. Let’s see, will Wendy respond to all this? On 14 December 2021, The Voice season 21 has declared the winner that is Girl Named Tom, a band or we can say a siblings’ group. The band has delivered some amazing and phenomenal performances throughout the season. Kelly Clarkson is the coach of Girl Named Tom. The band has presented a rocking performance for the finale that made them the winner of the show. Right now, the fans of the runner-up, Wendy Moten are really angry over her defeat. Let’s see when will all this be sorted? We will update you with more information soon, till then stay tuned with us for more updates.