WATCH: Girl jumps off Akshardham metro station in suicide Video goes viral on social media: A 25-year-old girl at Delhi Akshardham metro station tried to commit suicide. She tried to get off the wall at the Akshardham Metro Station on the Blue line. Accidently CISF (central industrial security force) officer saw her at the Akshardham Metro Station on the Blue Line. She tried to get off from the edge of the sidewall. She is just 25 years old and tried to kill herself. Luckily when an officer saw her, he tried a lot to convince her, but she did not listen to him, then he immediately informed the shift head, they reached the spot and tried to convince her to come down. But she turned her ears at the deaf ear to their pleas and signaled she would not get off the edge. Follow More Update On GetIndiaNews.com 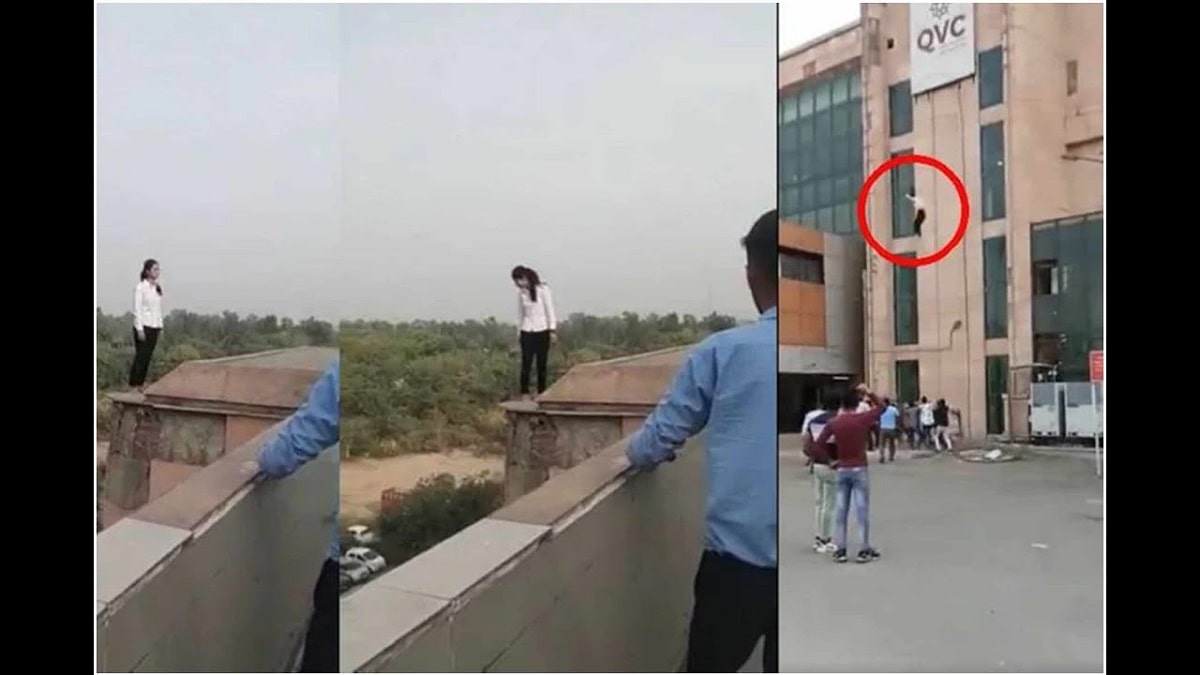 As per the report, she was just 25 years old girl. When CISF saw her, he tried a lot, something mishappening. When the CISF in charge officer informed to shift in charge, the shift in charge immediately informed the station controller, metro control, cluster Inspector and line in charge, who then informed the local police and arranged the ambulance.

After that, the shift in charge with four staff from the nearby mall went down to the ground and arranged a thick blanket rescue to her. She jumped from the sidewall, but was rescued by the officers, she got injured in his leg but she is fine. She is not anything serious. Despite the all positive efforts, the police and CISF personnel save the girl

When the CISF personnel saw the 25-year-old girl on the sidewall of the metro station, he became shocked, he tried to convince the girl, despite the girl did not listen to him at all. Just because the CISF intelligence at that time, saved a life.

When the girl jumped from the sidewall, she got injured in her legs, but she did not get any serious injury. She has been admitted to a nearby hospital. She rushed to the Lal Bahadur Shastri Hospital for further treatment. The girl is conscious and has suffered some injuries to her right leg. There is no official information about that, why did she commit such a step. Why did she want to kill herself? When she will normal police will be asked, if she is facing any difficulty in her life or any mental pressure.