Udaariyaan, 28th January 2022, Written Update: Fateh expresses Feeling to Tejo: The episode begins with Jasmine as she is celebrating at Virk’s house. Khushbeer tries to stop her but Dadaji stops him. Jasmine tells the men to put the couch in the hall. She says that this house should look like a wedding house. Tejo falls down in the mud. She stands up and starts running. Jasmine says that she has one more surprise and calls the neighborhood people. They all question the Virk family if Fateh is getting married again and tell them that the whole village is talking about it. Nimmo taunts and asks them to leave. Jasmine asks Nimmo to calm down. She introduces everyone to Virk family members. Follow More Update On GetIndiaNews.com 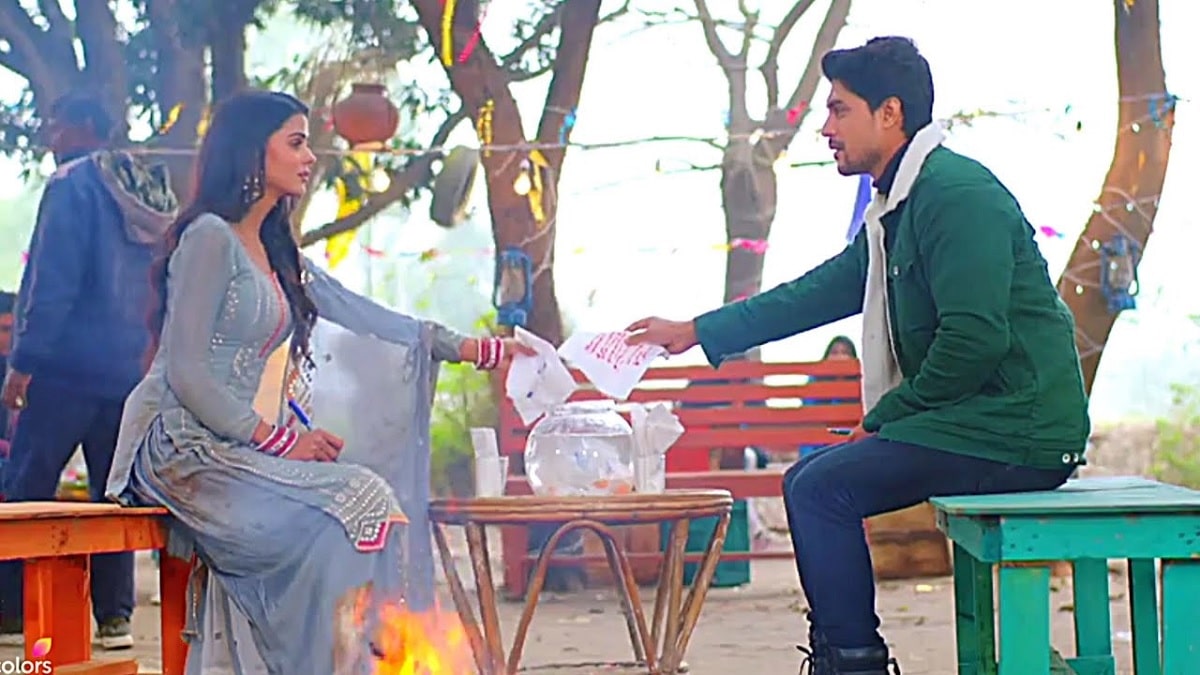 Tejo’s footwear gets damaged. She starts running barefoot. Jasmine makes Fateh sit on the Sofa and puts garlands on his neck, she also makes him wear Sehra on his head. Fateh throw it away. He tells Jasmine why is she doing all this drama. He asks people to get out. Fateh taunts Jasmine telling her to sit as she wants to become the daughter-in-law of the Virk family. Tejo comes there and everyone notices her. Jasmine welcomes her by taunting. Fateh notices Tejo’s wound and gets worried for her. Jasmine says to them that they should now change the family photo.

She tells Tejo and Fateh to stop talking via eyes and speak openly. She makes fun of them. She says that Tejo and Fateh’s love story is finished now as the Virk family agreed to her conditions. Tejo shuts her up. She says that there is no need to go to jail as no accident had happened that night. It was all a lie. Tejo tells Jasmine that her game is over now. Everyone gets shocked. Amrik comes to Tejo and asks if she is telling the truth. Fateh and Amrik ask if she has any proof for it. Angad comes there.

Angad says that he is the proof and gets shocked. Angad tells everyone whatever happened and how and why he joined hands with Jasmine. Jasmine tries to blackmail him but he says that he has confessed everything. Everyone gets stunned when Jasmine says that it was a real accident. Angad says that she is talking rubbish. Jasmine taunts Tejo saying that she came there believing in Angad’s words.

She shows a video to everyone and then shows the death certificate of the man. She says that they can cross-check by going to the police station. Gurpreet says that no one will go to the police station, she doesn’t want to lose her sons. Jasmine asks Angad to leave. She also tells Tejo to leave. Fateh goes to drop Tejo at her home. Fateh stops the car and comes out of it. He holds Tejo’s hands and tells Tejo that they should utilize this time by spending together. Watch the full episode of “Udaariyaan” on Colors at 7 pm.