Udaariyaan 23rd November 2021 full episode written update: Jasmin & Fateh in shocked on Sangeet function: Today’s episode begins with Tejo as she is stumbling and Angad holds her. Angad cracks a joke, Tejo smiles. The choreographer tells Angad and Tejo to keep practicing, he asks who is next. Jasmine tells him that she and Fateh are dancing next, but Fateh denies it. Angad cheers Fateh up and asks him to show some excitement for the marriage. Angad then brings Fateh to the center. Jasmine says whether it’s dance or romance, they will show everyone that they are the best. Fateh dances with Jasmine and Angad and Tejo dance together. Angad receives a call from Rose Wood International and feels worried. Follow More Update On GetIndiaNews.com 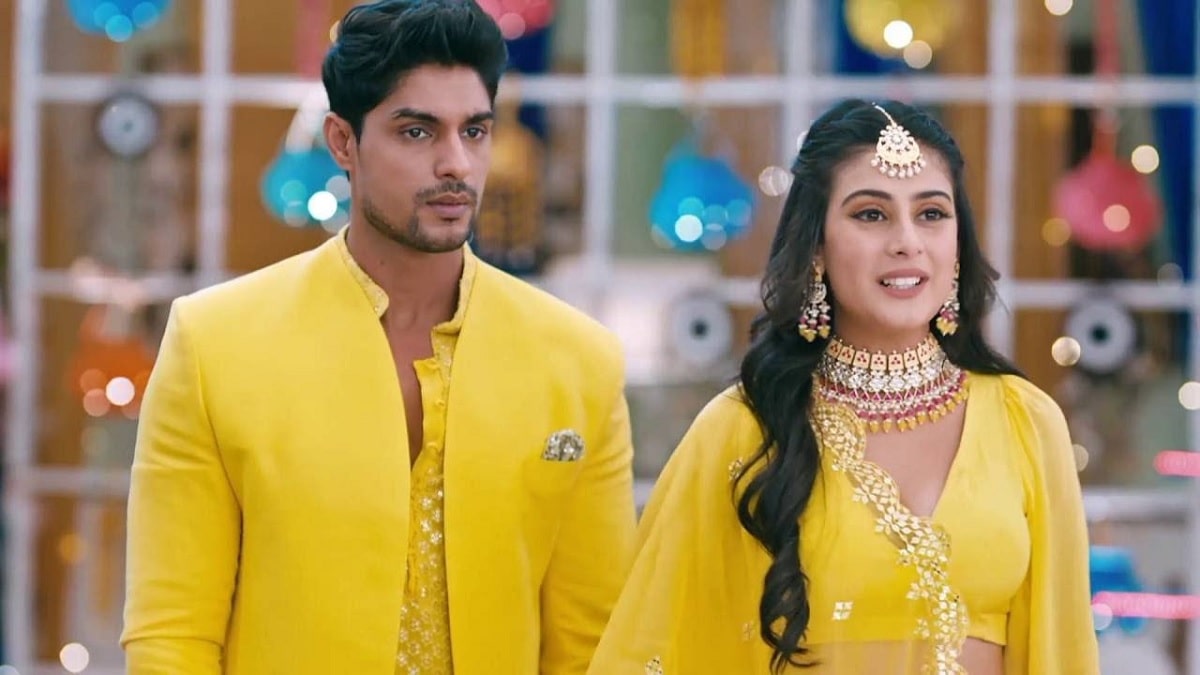 He says to Tejo that it is a very important call and goes from there. Tejo gets confused and hopes that everything is fine. Here, Angad is talking to a lady on the mobile phone. The lady tells him that the kid is not having food for 2 days. Angad asks the lady to give the phone to him. The lady gives the phone to the kid. Angad talks to the child and says to her that the food is important for her but the kid refuses to have food and tells him that she is angry with him. as he never comes to meet her.

Tejo thinks there is something big that is Angad hiding. There, Jasmine says thanks to Mahi thinking that she is going to attend her Mehndi and Sangeet function. Mahi says that everyone is excited. Jasmine says that she is also happy as the family is happy for them. Mahi leaves. Fateh comes there and asks her why she called dhol players and women. Jasmine says that she has done all these arrangements and has no regrets at all. Fateh says that only they two will be in these functions then why did she do all this.

She says to him that Mahi told her that they are excited. Jasmine asks him to get ready fast. After some time, Jasmine and Fateh come to get ready and wait for the family members. Everyone comes outside getting ready and is about to leave. Jasmine stops them and asks where are they going. Gurpreet says that Rupi organized a party for Tejo and they are going there. Everyone leaves. Jasmine gets angry. Later, Angad takes Jasmine and Fateh to Tejo’s party. Watch the full episode of “Udaariyaan” on Colors at 7 pm.