Udaariyaan 23rd April 2022 full episode written update: Jasmine becomes the shadow of Tejo: Today’s episode begins with Angad as she locks up Tejo. He says that Tejo thought to marry Fateh and lives happily after telling him about her pregnancy, but if Tejo can’t be his, she won’t be anyone else. Angad sets fire to the place. Tejo gets stunned after seeing the fire. On the other hand, Rupi and Satti get worried about Tejo. Harman gets a call and goes apart to talk. There, Tejo is stuck in the fire and shouts for help. Fateh sees Jasmine on the road and asks about Tejo. Jasmine tells him that she left to meet him. He says to her that his car broke down. They both leave to meet Tejo in a cab. Follow More Update On GetIndiaNews.com 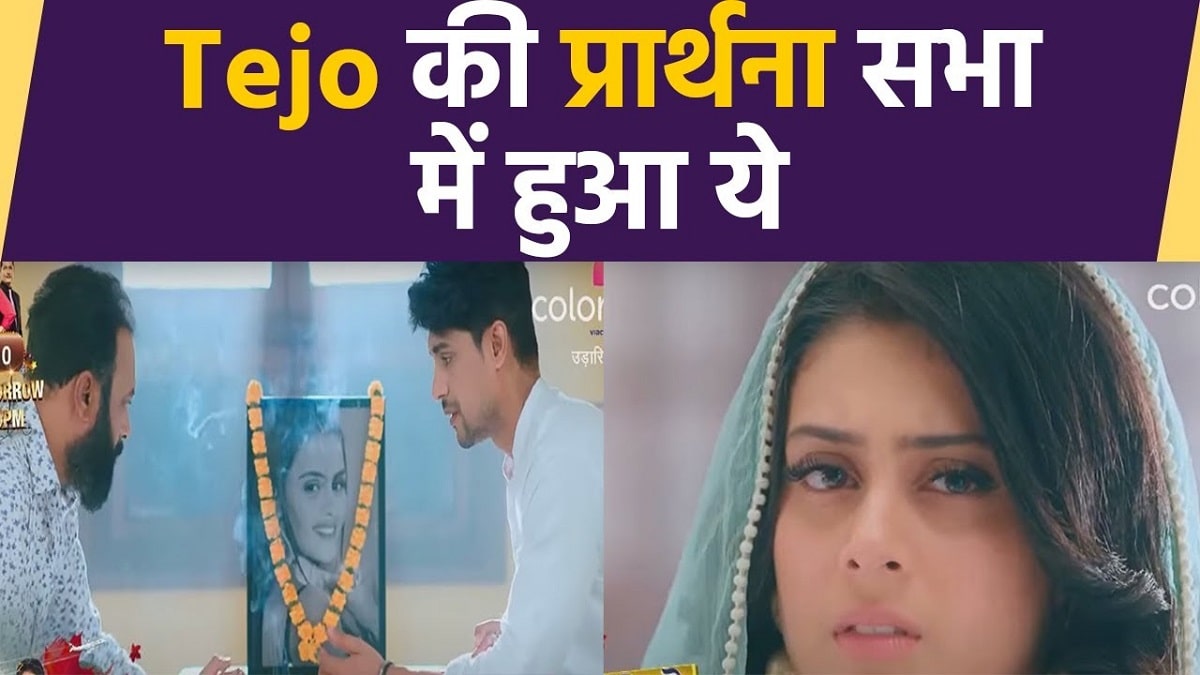 Harman tells Rupi that Angad called him and he is on his way. He then asks Abhiraj about Tejo. He tells him that she is not picking up his calls. Angad is listening to the music sitting in his car. Angad hears Tejo’s shout and says no one can hear her. He then says that Tejo and Fateh’s story is going to end today. Jasmine and Fateh reached the location. Jasmine asks Fateh to go and talk to Tejo, meanwhile, she is outside and manages everything. Fateh asks if she gave his letter to Tejo.

Jasmine says no and then gives him a letter asking him to give it to her by himself. Fateh goes inside. Jasmine thinks to call Tejo and tell her about Fateh’s arrival. She then notices that she is having Tejo’s phone and she must have her phone. Fateh gets shocked on seeing Tejo as she was stuck in the fire. He shouts Tejo. Jasmine also goes inside hearing Fateh’s shout. Tejo sees them together and recalls all the recent happenings. She misunderstands them and she bends down.

Later, the police reached the location and asks everyone to go far from the fire. Both families arrived there and shout Tejo. Jasmines tell everyone that she brought Tejo here as she wanted to meet Fateh. The police show the families Tejo’s burnt jewelry. Angad recognizes Tejo’s belongings. Fateh shouts to Tejo. After the leap of six months, Fateh dreams of being with Tejo. He wakes and cries recalling Tejo and their moments.

Here, the Virk family is worried about Fateh. Jasmine reads Fateh’s message for Tejo and smiles. Mahi asks Fateh to move on in his life. Here, Jasmine also refuses to remove Tejo’s belongings from her room. Sandhus are worshiping for Tejo, Fateh comes there which Satti says his family has not come today as well. Fateh misses Tejo and shouts her name. Watch the full episode of “Udaariyaan” on Colors at 7 pm