Twinkle Khanna Imitates Respected Prime Minister Of India, Narendra Modi: The Bollywood actor of the modern and the present times, Akshay Kumar’s wife, and the 1990s, B-Town actress, Twinkle Khanna is come in news and attention and catches huge eyeballs, from each netizen of the social media world. This is so, because, the B-Town, celebrity, Twinkle Khanna, emulate, the honorable and respected Prime Minister of the Indian, Narendra Modi, and his meditation pose. 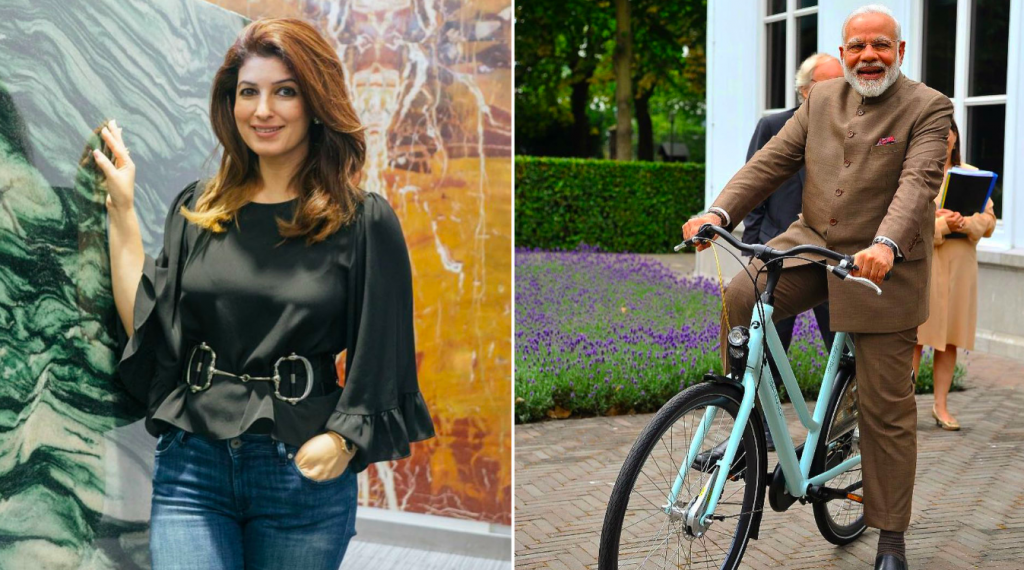 She shares the pic of India’s PM Narendra Modi’s imitates pose, on her official page of the micro-blogging site with a caption she writes there, and her caption reads: “Folks please sign up-After seeing so many spiritual images in the last few days I am now starting a series of workshops ‘Meditation Photography-Poses and Angles’ I have a feeling after wedding photography this is going to be the next big thing 🙂 #AJokeADayMayKeepJillSane”.  Post she shares this above-mentioned pic on her official page of the micro-blogging site, the celeb of the tinsel town, Twinkle Khanna, started getting trolled by the internet people and the netizens badly.

The Bollywood film, Barsaat, which was a moderate success at the Bollywood box office, was directed by the Hindi film industry director, Rajkumar Santoshi. For her leading role in the movie of the tinsel town, Barsaat, the movie star of the Indian film industry, Twinkle Khanna, has also won the Filmfare Award for Best Female Debut for her performance, in the movie.

Post the Bollywood movie, Barsaat, the leading lady of the movie, and the film star, Twinkle Khanna, has been appeared in some other Bollywood movies of the 1990s, which include, Jaan, Dil Tera Diwana, Uff! Yeh Mohabbat, Itihaas, Jab Pyaar Kisise Hota Hai and so on.

She was also worked in a Telugu language movie; which was released in the year of 1999, and in this movie, she shared screen space with the Tollywood superstar, Daggubati Venkatesh.