In today’s episode, you will see Rudra arguing with his father regarding his (Saransh) education. Saransh got admission to a very high-class school but the problem is that for taking admission to that school, parents have to be educated then they will give admission to your kid. As everyone knows that Prisha is a doctor so there is no need of Prisha’s education because she is enough for that but the problem is with Rudra because he is a rockstar he left his study in childhood, now he wants to study so that he can get his kid to be a part of that school.

Therefore Rudra argues with his father because his father won’t let him study because he (Balraj) knows that if Rudra goes to study, not any music show and any single advertisement will be done by him so how will he get money and be rich. On this statement, Balraj got so angry on him and he moves forward to slap Rudra but suddenly Prisha Holds his hand in air.

In the next scene, you will see Yuvraj goes to meet Rahul Arora to get a job in his company. Where Yuvraj said to Rahul that he is so glad to get a job in that company on which Rahul replied that no just you everyone will glad to work with us, but Rahul said that I’ve seen your documents and you are overqualified for this job. Rahul taunts on Yuvraj by saying that you used to be a judge then you became a lawyer you have been through such tough conditions and have seen a lot of tricky cases why the hell you came here and wants to join us, he said that you used to be a judge than why you want to do a job for the profile of Legal Adviser. Yuvraj replied that I used to be a lawyer and as I was bent on fighting for the reality they made me a judge and I’ve started to solve cases and went on judging but soon I felt that nothing is like real left and what and how will I give justice to others.

On this Rahul replied that you didn’t left that profile you had been fired from that. Then camera back to the house of Rudra where Prisha has held Balraj’s hand, on that Balraj got angry on Prisha and screamed that how dare you to hold my hand, don’t dare to scream on me, Prisha replies everyone will shock when she said that do dare to raise your hand towards me and also said that otherwise, I will put you behind the bars so put your hand down. I did not want to come between you but you forced me to come because you did it how dare you to raise your hand to slap your own kid and that too on the elder who is having a kid and wife. Prisha says that you used to beat him and make him do what you wanted if today he wants to do something which he wants than what is wrong in this. 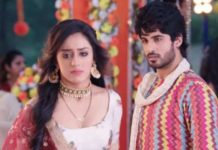 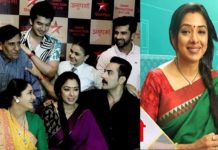 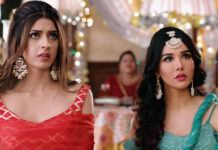