The script who are the Irish soft rockers has announced their greatest hits tour which is going to be happening in the UK and in Ireland for the year 2022. Tickets are going to go on sale at 9:30 on Friday dating to 3rd September. the announcement has come as the band has unveiled their new single which is “I want it all” and they also announced about the tales from the script: greatest hits which are going to be a compilation of one of their best songs. 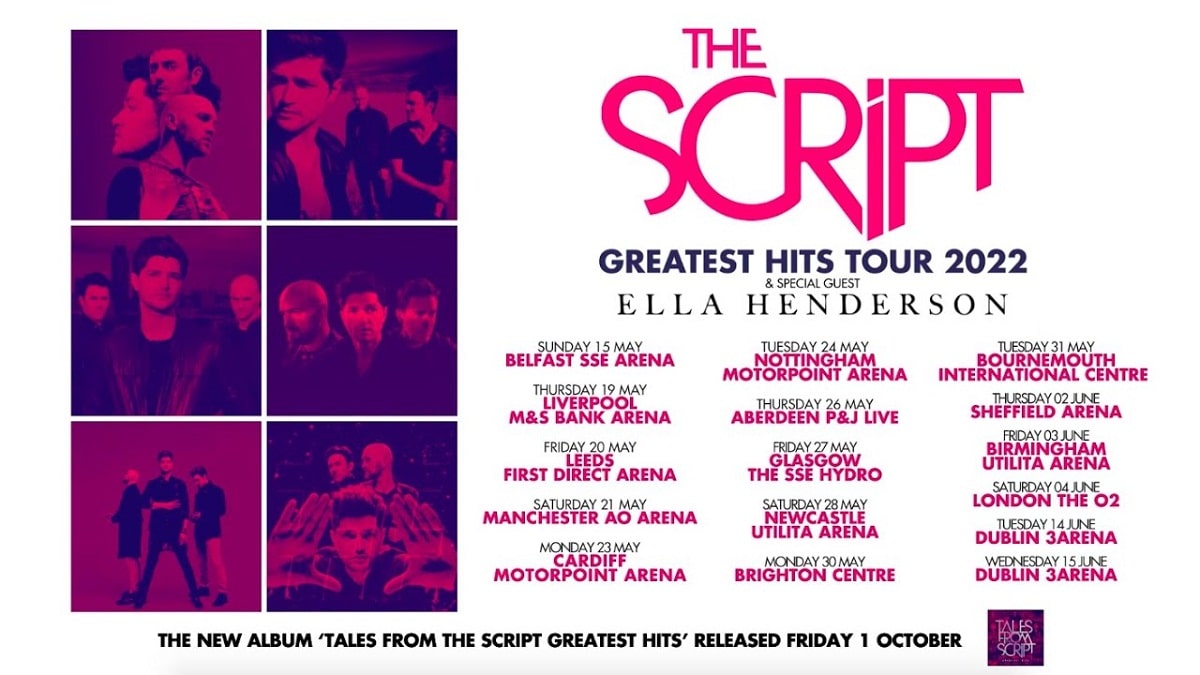 It has been stated by the singer naming Danny O’Donoghue, the tales of the script is going to work as the springboard to the next chapter of the band and it is about the story of the band which they have seen and lived together until now. He stated he knows he is going to be losing on stage night after night as this is what he lives for, performing on stage for the people and keeping them entertained and it seems like even after so many years of performing on stage he still has the same passion for the stage and the people which is remarkable.

The Script Greatest Hits 2022 Tour with support from @EllaHenderson!

Pre-order our Tales From The Script Greatest Hits album before 3pm on Tue Aug 31st to gain access to the exclusive tour pre-sale at 9:30am on Wed Sep 1st. https://t.co/DKQj6lR7NE#TalesFromTheScript pic.twitter.com/HTOwLaSUtq

They are also part of the hall of fame and they have been teasing their fans with shows all week, they have been writing to fans, they stated thank you to all of the people who have been supporting them for all three years, they stated it has been a tough few months for the band but we are going to be seeing each other pretty soon.

The band was formed in the year 2007, they have gone to release 6 successful albums since then and there is something the script which is unique and special about them, whenever you hear them, it seems like the person gets an idea that this song belongs to the Script. The band has sold about 20 million albums worldwide and their fist-pumping rock earning has made them get compared with the Irish rockers naming U2.

The band is going to be performing in the UK AND Ireland starting from 15th May on Sunday and they will keep on performing until the 16th of July, they are probably going to be pulling off about 20 concerts which are going to be the part of their tour.