The Kapil Sharma Show, 13th February 2022, Written Episode Update: Rajkumar Rao and Bhumi Pednekar on TKSS: Here, we are back with the written update of the most popular comedy reality show The Kapil Sharma Show. The show is going on really amazing and mind-blowing and getting so much love and appreciation from people. TKSS is one of the most famous sources of laughter on Indian television. Every weekend, the show comes up with some new guests to amuse the viewers of the show. Tonight, the viewers are going to see the star cast of the upcoming film “Badhaai Do”. In this article, we have brought the highlights of the upcoming episode. Follow More Update On GetIndiaNews.com 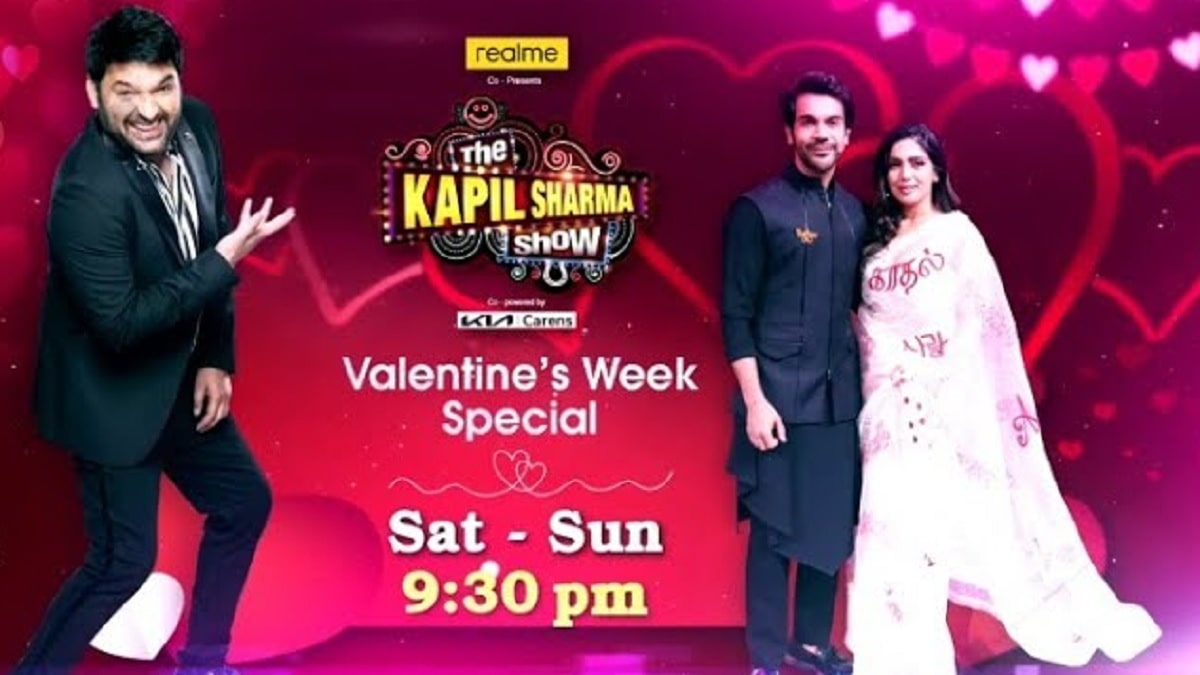 In the episode, the viewers are going to be witnessed the presence of Rajkumar Rao and Bhumi Pednekar who are the lead artists of the film Badhaai Do. These two will be seen having great fun on the show and will make the episode more interesting. The audience will also be seen excited to see the stars as they both are coming together for the first time. The audience is also very curious to know their work experience together. So, get ready to witness an amazing episode tonight.

So, firstly, we would like to tell you that tonight’s episode is going to be Valentine’s Day special episode as this special day is around the corner. In the latest promos, we have seen that the host Kapil Sharma welcomes Bhum Pednekar and Rajkumar Rao who make their entries while dancing on the title track of their film. Kapil says to Rajkumar that he made a good body but neither he was seen romancing with Bhumi nor was seen beating the goons in the film, and then asks if he didn’t tell the director if he kept him picking up the cylinder. Bhumi laughs aloud.

In another promo, we saw that the director of the film also make his entry on the show and Kapil can be seen introducing Bhumi and Rajkumar for rap. Yes, both stars give a super-duper rap performance, meanwhile everyone can be seen enjoying their performance and Kapil also joins them. Kapil also compliments Bhumi for her look and her saree. He asks what is written on her saree. She tells him that love is in different languages. She adds that whenever she came wearing a saree to Kapil’s show, her film always did the best to Rajkumar says why didn’t she tell him this, he also comes wearing a saree. You can catch the whole episode of the Kapil Sharma Show on Sony Tv at 09:30 pm.