Cats are incredibly agile creatures, with razor-sharp reflexes and a natural talent for acrobatics. They can be companions or killers, and we are only just beginning to understand some of the complex ways their physiology works.

There are many things we can learn from cats, some of which may surprise you. For example, did you know that their tongues are the cause behind recent breakthroughs in both robotics and applicator technology? We certainly didn’t. With that in mind, we’ve put together a list of five technologies that wouldn’t be possible without our feline friends.

Cats are well-known for being rather obsessive about cleanliness. According to multiple sources, they tend to spend up to a quarter of their waking hours grooming their fur. Some experts argue that this behavior is instinctual, whilst others claim it’s more of a social ritual than a biological drive. Regardless of which camp has the truth of it, both of them agree on the importance of cleanliness for a cat’s overall health and wellness.

A cat’s obsession with cleanliness is something many of us can relate to. If you have a house with a carpet, for example, then you know how difficult it can be to reach the roots of a fibrous surface. Cats don’t have this problem. Their retractable papillae can reach the roots of their fur, making it easy to perform a deep cleanse. Vacuums, brooms, and other cleaning tools can benefit tremendously from this discovery.

Unlike AI’s binary programming, the brain of most animals can process multiple tasks at once. This neuroplasticity is what sets us apart from our artificial creations. However, in this regard, the human brain is far too advanced for current AI to compete, which is why the brain of a cat is behind a prodigious student’s computer design technology.

Wei Lu, a professor at the University of Michigan, uses the mental processes of cats to inform his work on supercomputers. As strange as it may sound, a cat’s brain is easy to mimic, making the development of memory-based algorithms a lot easier for computer engineers like Lu.

The surface of any cat’s tongue is covered in hollow spikes. Called papillae, these spikes are able to store and secrete saliva and are triggered by a special muscle in the cat’s tongue. They lie flat when not in use, protecting the hollow structures from damage. This is the reason why cats are able to groom so effectively. To put it crudely, their tongues combine a comb with lubricant, making for a rather sleek brushing tool.

This discovery has several implications for applicator technology, especially for fluid application tech in particular. From medicinal intake to fuel injection, this revelation could change how we look at all forms of fluid application technology. For instance, think of a hair comb that could store styling wax within its combs, or a mechanical field plow that can simultaneously irrigate any land it cultivates.

Cat tongues are again the focus of yet another technology. By capturing high-definition footage of a cat’s tongue in motion, researchers at the Georgia Institute of Technology have discovered that felines may be the key to unlocking sophisticated soft robotics technology, as well as several other technologies.

The research findings were a cause for excitement at the 69th Annual Meeting of the American Physical Society’s Division of Fluid Dynamics, which took place in November of 2016. According to the Georgia Tech research team, this discovery will aid several technologies, such as soft robotics, fluid application, and medical technologies.

Did you know that luminescent road markers were inspired by cats? The reflective shine of road markings is based on the way light hits a cat’s eyes, specifically in dark environments. This reflective lens technology, if we can call it that, is what allows cats to see so well in the dark. Evidently, nature often drives the innovation of human technologies.

Many animals use this evolutionary advantage to great effects, such as whales, moths, and horses. It is a major advantage for both predator and prey, which is why it makes sense that we use reflective luminescence for safety, navigation, and visibility. Interestingly, cat eye road markings led to reflective safety jackets and other critical safety equipment. 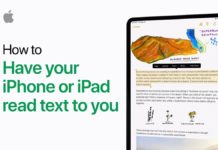 What Is iPhone Bionic Reading? viral tool for iPhone and Mac explained 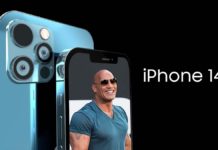 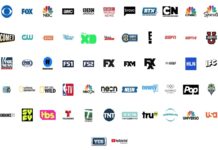