There is a new star kid who is going to debut in Bollywood soon in the forthcoming movie “Tadap“. The star kid is none other than Ahan the son of Suniel Shetty who is ready to introduce himself in this Bollywood Industry. The genre of the movie is a romantic action film which is in the direction of Milan Luthria. The movie is in the production of Sajid Nadiadwala and Milan Luthria. The music is composed by Pritam and sung by Harshavardhan and Rameshwar, the Cinematography is handled by Raghul Dharuman. “Tadap” is a revise of the Telugu 2018 film RX100. “Tadap” is planned to be theatrically released on 24th September 2021. 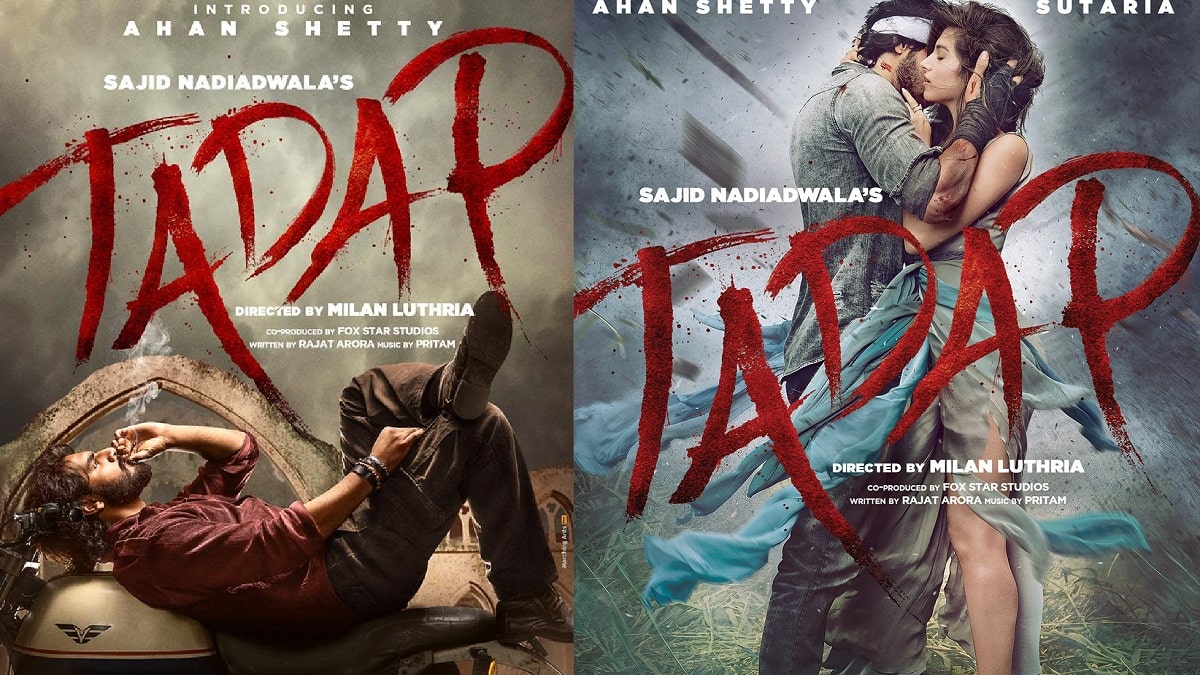 The star cast of “Tadap”:

The First Look Poster Of “Tadap”

On Tuesday the first look of the poster is shared on social media by Akshay Kumar with the caption “Totally nailed the angry young man look here, looking forward to watching you on the big screen. Sending all my love and best wishes for #Tadap, in cinemas on 24th September.” In the poster, we can see Ahan is leaning on the bike and smoking a cigarette. The viewers can easily watch his intensive look at the poster, his looks in the poster have inspired the role of Solid Romeo. In the poster its mentions that Tadap is AN INCREDIBLE LOVE STORY. The second poster of the film is shared by Suniel Shetty in which injured Ahan hugging Tara Sutaria but his face is not visible properly.

The audience is keenly waiting to watch this film after the release of the first look of the poster. The fans are excited to watch the acting of Suniel Shetty son Ahan and they already make their expectation high from Ahan. The lead actress of the film is already popular amongst the youth and now it’s will be interesting to watch how Ahan is going to reach the expectations of the fans. The poster has already created a sensation amongst the youth and they are desperately waiting to watch the film in the theatres.