Another brand new episode of the dancing reality show “Super Dancer Chapter 4” is ready to amaze the audiences with the astonishing dance performances of the contestants. The show is already on the top of the TRP rating due to its fan following and currently is highly watched by the audiences. Every week the makers of the show bring something new for the watchers and in this week the current theme is “Adla Badli Special”. In today’s episode, another astonishing dancing performance of the contestants is ready for the enjoyment of the watchers. Audiences will surely enjoy the entire episode but the elimination part will break the heart of its admirers. 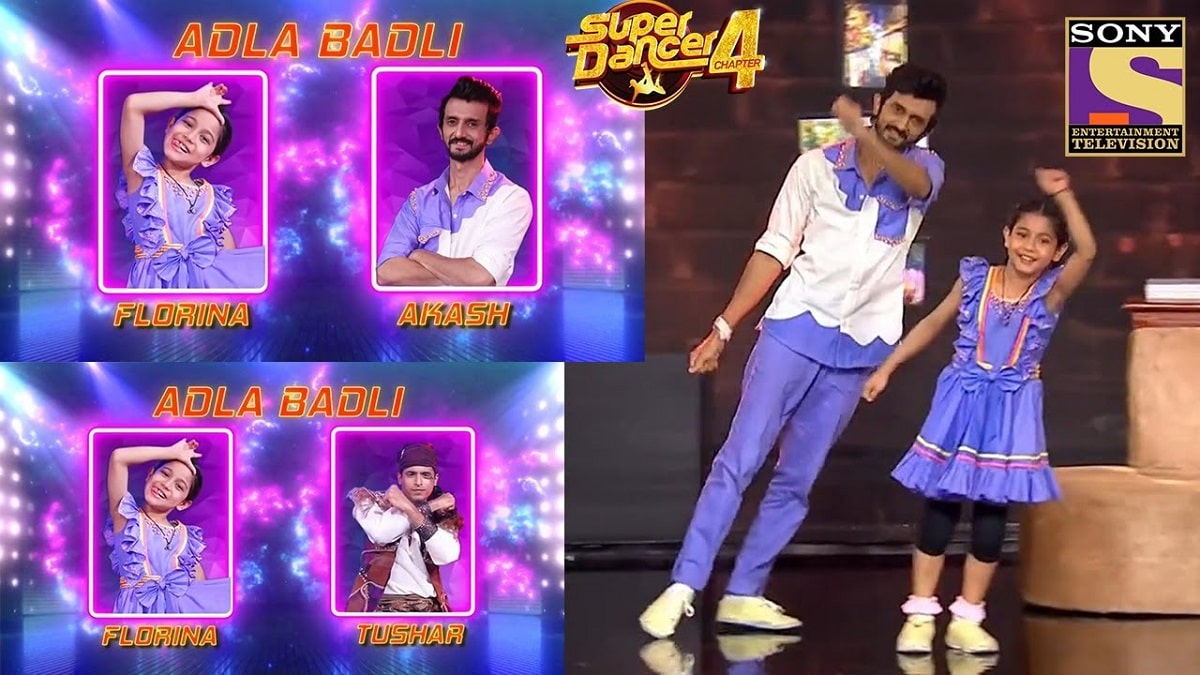 Contestants already create their special place in the heart of the audiences and their elimination breaks their hearts. Let’s check what new is going to present for the entertainment of the audiences and which dance performances are going to be featured today. The theme of this weekend “Adla Badli Special” which means super guru’s being interchanged with other participants. Yesterday’s episode already covered the dance performances of the many contestants.

The dance performance of the contestant Sanchit will win the hearts of many and to support him the Super Guru Aryan will join him. Both the duo will present the song “Nain Se Naino ko Mila” and Sanchit dance moves are amazing and the new pair get the compliment from judge Shilpa Shetty that this new pair is Super Se Uper. All three judges get super excited after watching this dance presentation and gives them a standing ovation.