There is an Australian farmer who couldn’t go to his aunt’s funeral because of the restrictions due to the pandemic and in order to compensate for it, he did something truly wonderful and fascinating. what he did is, he arranged a huge pack of sheep into a shape of a big heart and then the video was taken through a drone of the beautiful heart which was formed by countless sheep and it has to be said, it looked stunning. 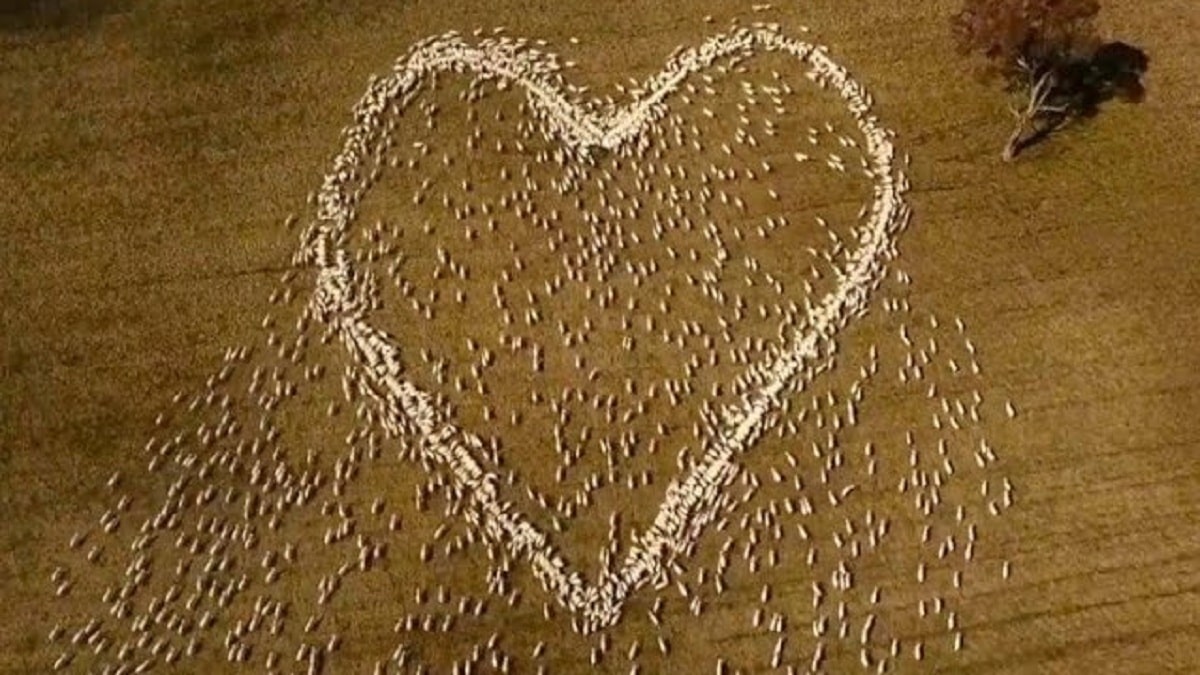 The shoot was of pregnant ewes who were munching barley in a paddock and they were showcasing the heartfelt message of Ben Jackson for his beloved Aunt naming Deb, the video has been viewed by mourners who came to her funeral, this happened in the city of Brisbane in the state of Queensland which happened this week.

Jackson couldn’t make it because he was locked down across the state border at the time at his farm which is in Guyra in New South Wales which is 430 kilometers away. He stated it took him some time to get it right and the final result is what everyone is seeing, he stated it was as close as he could get to form a heart, he stated this on Thursday.

Jackson stated he was experimenting with shapes as he was making shapes with the help of countless sheep, he started doing this to relieve the stress of hand feeding the livestock which happened during a drought which was truly devastating, this happened across most of Australia which happened in the early months of the pandemic.

He stated he discovered this as he was dropping the grain from the back of his truck while saying out the name of his favorite band and the flock started adapting to it slowly and steadily to form the same shape for several minutes.

he stated this has certainly lifted up his mood during the drought and he has stated about the heartfelt messages which he is receiving from all over the globe for what he has done has truly touched him and he was really happy about it.

He further stated he has been very lucky in these times of drought to have grain left in his property after a mouse plague which happened, he is feeding the pregnant ewes with grain to improve their condition before the time comes for them to give birth to the babies.