Don’t get impatient and get a written episode update of “Shaurya Aur Anikhi Ki Kahani” on 17th March 2021. The episode starts with Babli tells Anikho that “you must not think of leaving this place just because someone told you to leave.” But Anokhi says that I can’t tolerate and bear his words and have to leave from here. Vineet also comes there and tells Anokhi to leave, while she pleases him to behave well with his sister and mother, and Babli is feeling bad for her as she can’t help Anokhi. 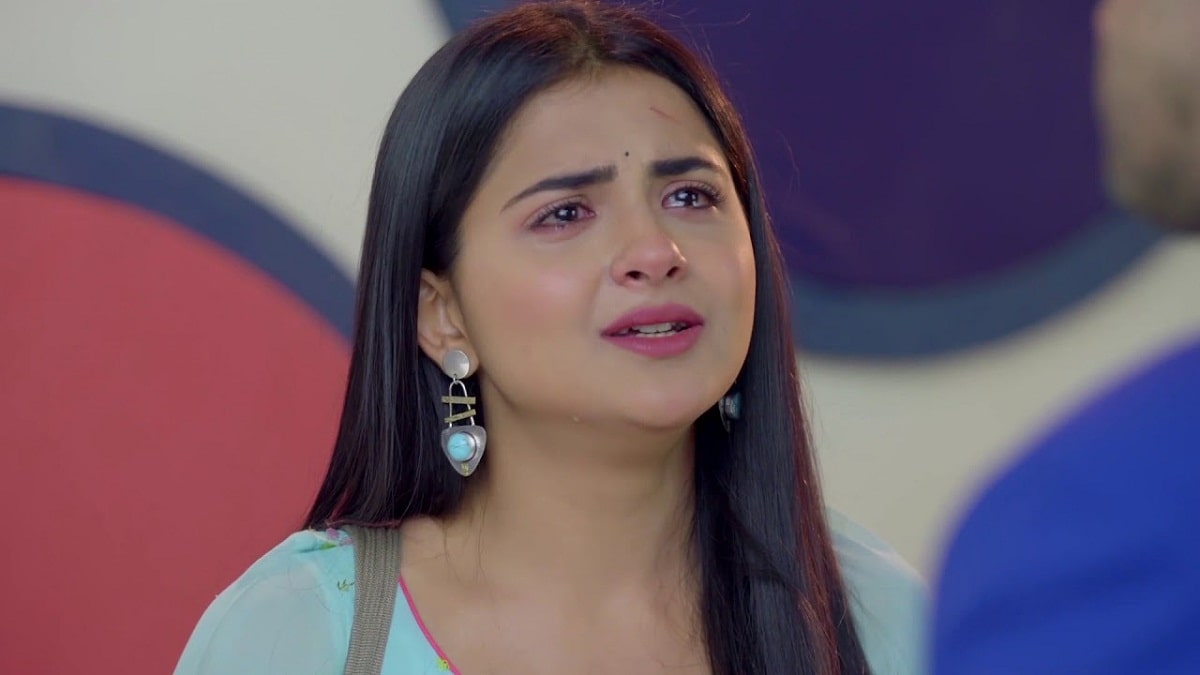 Later she goes to college and notices students are checking the examination timetable, which makes her feel bad as now she can’t pursue her dreams. She wonders that “she had faced many troubles to get admission in college and dreamed to become an independent girl.” Meanwhile, Shauaray is there and use to yells at her as she threatens Shaan with the name of ACP. He leaves. She sits on her knees and cries Shaurya turns and goes to her.

He tells her not to cry but she pushes him. And says ‘i never thought that you can do or say something like this to me, I have come here with the big dreams to pursue my studies but your, rude words stopping me to chase the dreams. While Shaurya asks her to stop crying and she just pushes him again. And she leaves from there.

Shaurya tries to stop her but the teachers interrupt him. Later he feels bad for Anokhi and realizes his bad mistake and misses her. And wonders that he behaved extremely to her. Reema comes to Anokhi and asks what’s wrong with her Anokhi says nothing. And they both entered the class, while Anokhi ignores Shaurya, and this reaction made him feel bad. He tries to get the reaction from Anokhi but she keeps ignoring him. He also convinces her to not leave but Anokhi stuck to her decision.

He uses to make her agree not to leave the college but Anokhi rejected he convince. Later he finds another way to make her stop here only by teasing her, “you are afraid of taking exams that’s why you are leaving”. But Anokhi remains in her words and didn’t convince. And she sits in Ahir’s car which makes Shaurya angry. Watch the full episode on Star Plus at 7:00 pm from Monday to Friday. Stay tuned to us.