Viral news coming through the sources which are related to the recent incident that took place in Maharashtra where RPF men saved a life of a person who was supposed to kick the bucket by coming in front of the train. But fortunately, he saved and still alive. The person who saved the life, his name is Pravin Kumar. Because of his work, everyone is praising him, and on social media, he is in highlights. Yes, through this article,l we will discover all the details about the matter. So, stay on the same page to get all the detail about the matter. 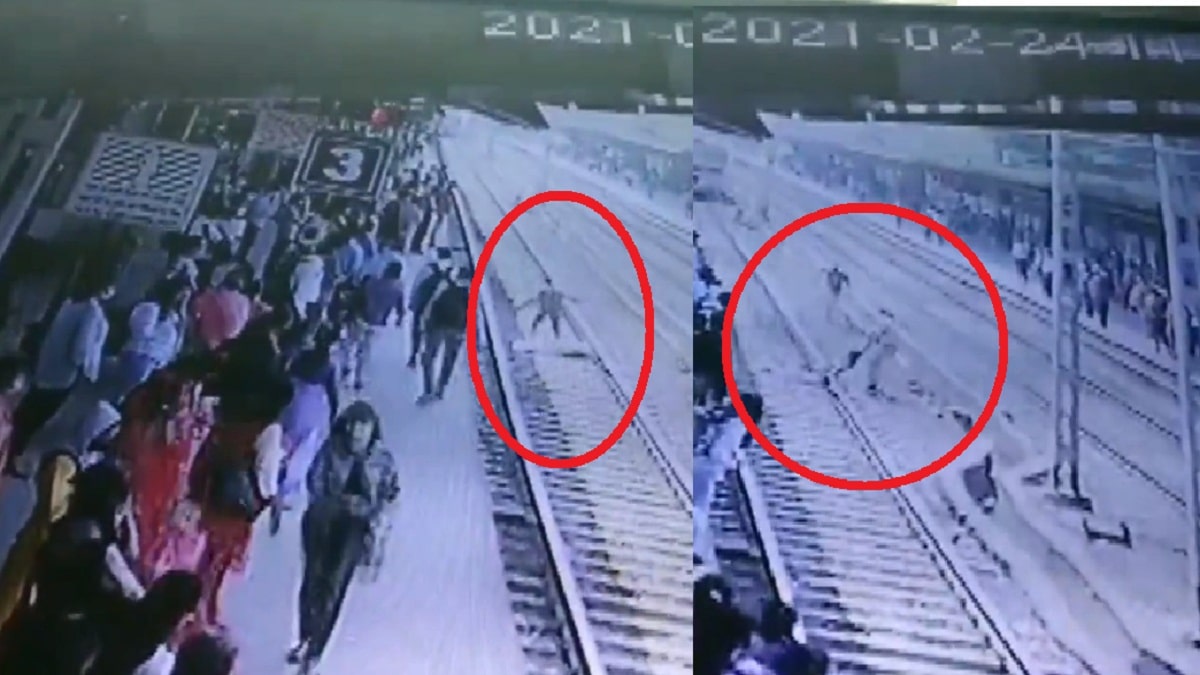 According to the sources, the man who decides to end his life was in depression. He revealed the reason why he took the major step which was completely wrong. He said that he was depressed as recently his mother passed away and he is very upset because of that. The man is 32 years old. The man attempts suicide by lay down on the tracks of railways. The man lay down at the Virar Railway Station, Mumbai. When RPF man Pravin Kumar was supposed to save a life, at the moment, the train was 50 meters away from that man.

#WATCH: RPF personnel averted a suicide attempt when they dragged a man out of railway tracks where he was lying down as a train was approaching him, at Virar railway station in Mumbai. The man was allegedly disturbed by the demise of his mother. (24.02)

The incident took place on February 24, 2021. When the man attempts to end his life, and RPF man who was present at the incident spot, stepped ahead to saved the man’s life without thinking once that he could injure himself. After lots of efforts, he succeeds to save his life. After that two other constable helps him to take him aside from the tracks. Three of them took him to the nearest station and gave him water and tries to relax him. The constable Pravin Kumar has truly deserved an appreciation for his work. Now, the man is absolutely fit and fine. Later, he sends to the counseling session. To know more latest updates, stay connected with us.