Hello, Readers, we hope you are good Today we Have Again a Trending News About the Most Famous personality of WWE Championship “Roman Reign”. The “Big Dog” Roman Reign with his Advocate “Paul Heyman” again come back in WWE after winning WWE universal championship. Reign has been clear that he was payback on heeling last Sunday and also celebrates his winning in the universal championship. This Friday “The Big Dog” Came in the Ring to fight for his title. 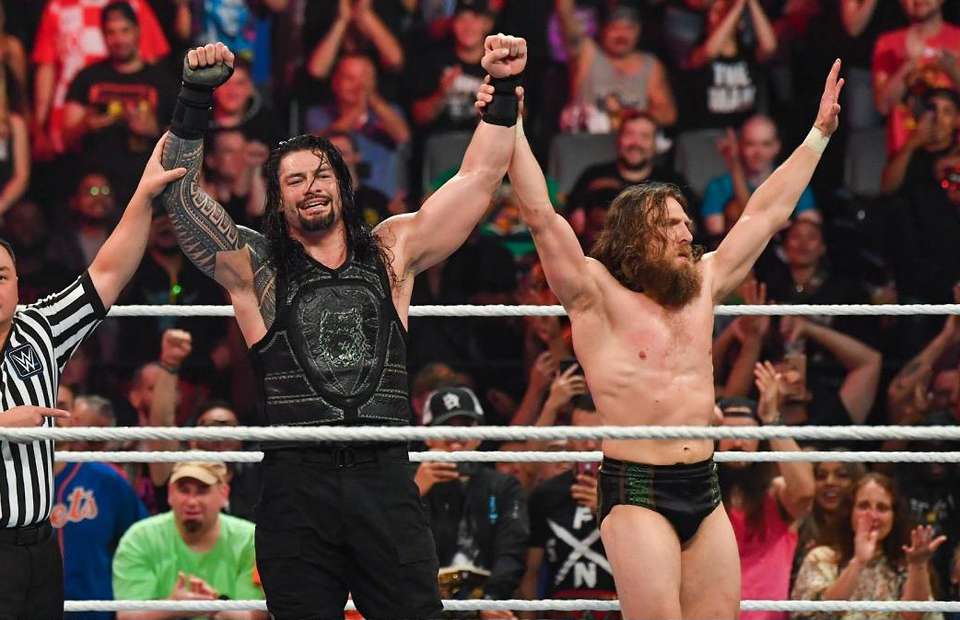 The Roman Reign Born in the United States of America on 25 May 1985. He was a football player and apart from Wrestling Champion he is an actor in Hollywood Movies. He started  His Career Wrestling on August 19, 2010. with the name Anoa’i. the Ring Name of Roman Reign’s Was Roman leakee. He was Later Assigned to Florida Championship of Wrestling (FCW)

Roman Reign knows the name of his opponent on this week’s WWE smackdown. it will not be the two superstars who dominated the brand in his absence-Braun strowman and bray Wyatt. WWE twitted his all Upcoming Matches in Their Twitter Post About WWE Smackdown Friday Night the name are as follow: Big E, Matt Riddle, King Corbin, and Sheamus will face each other in a Fatal-4-Way match.

Through Seeing Social Media Activity, Paul Heyman Doesn’t Seem to be in the Mood For Disclosure. We All Know how He is unbeatable in Argument. He always Besides the Roman reign in Every Fight He Was There in Near The Wrestling Ring.

before a few months ago there are some rumors in news media that the roman reigns leaving WWE. But it’s Not a Truth anymore Because Now We all Know That Roman Reign will Do fight in the current Matches of WWE SmackDown. Earlier he Achieved Universal Championship in Payback. All the upcoming Matches will be Live on Fox and The Timing of WWE Friday Night SmackDown Will Be 8 pm to 10 pm.