The most sensational and the favorite former contestant of Bigg Boss 14 and the popular playback singer Rahul Vaidya is back with another romantic track titled “Aly”. Before this music track, the singer recently released a song titled “Chaap Tilak” which is also getting popular among his fans. This new song is really special and near to his heart because he made this song for some special people who have a separate place in his heart and he dedicates this song to special people as the title “Aly” suggests actor Jasmin Bhasin and Aly Goni. 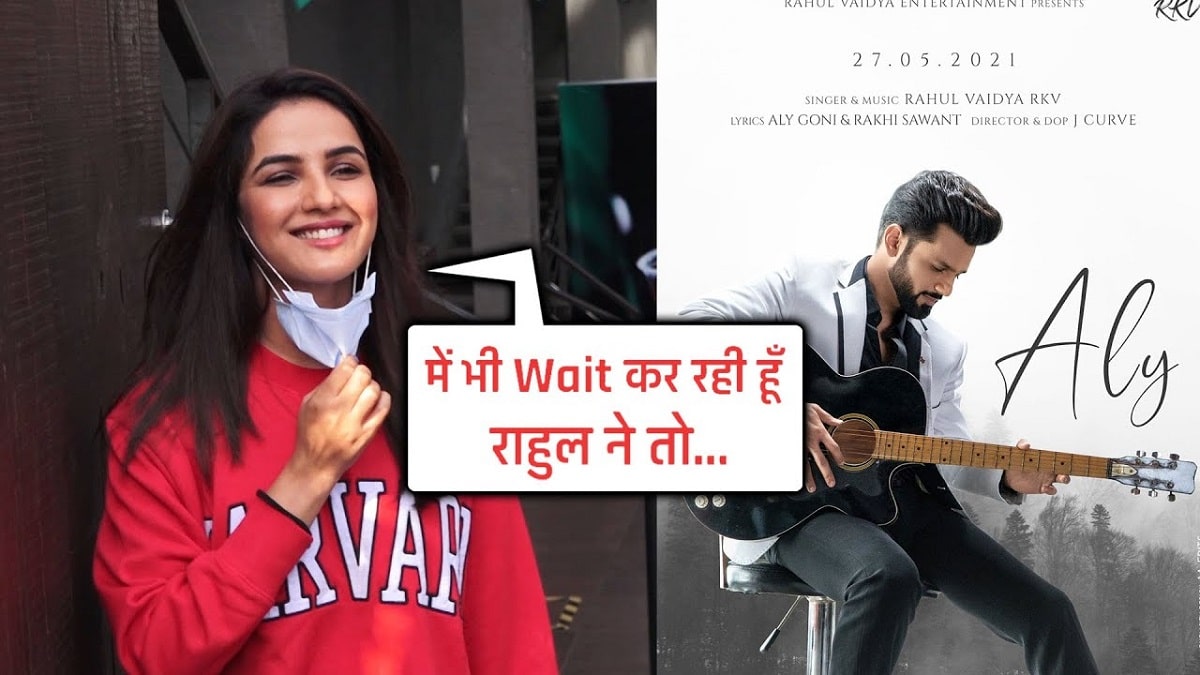 They all became close friends after the participation in Bigg Boss 14 and then he takes the plunge to create a song on his friend Aly Goni and his love of life Jasmin Bhasin. This upcoming music track is dedicated to the love story of Aly and Jasmine. After making the official announcement of this upcoming track the fans of these three stars are super excited about this new music.

Rahul Vaidya made this official announcement of the release date of his upcoming romantic music track “Aly” on one of his social media platforms on Monday 24th May. The amazing thing about this upcoming track is that the lyrics of the song are written by Rakhi Sawant and Aly Goni. Rahul also shared the poster of this upcoming track in which the fans can see that he wearing a blazer of grey color and holding a guitar and having an energetic expression on his face.

The poster also reveals the release date of this upcoming track which will be releasing on Thursday, 27th May 2021 and the caption is also very catchy as he stated that “A romantic track which is very close and near to my heart specially made for those people whom I loved so much! Aly which is releasing on 27th May 2021? @alygoni @jasminbhasin28o6”.