These days the OTT platform is the most favorite and the easiest way to provide entertainment. Due to its popularity, many filmmakers or writers are focusing on this new phase of entertainment source in order to show their talent, and in this way, many new web series, films, and stories of different genres are featuring on these platforms, and the next seasons of many web series are also coming. In this blog, we are particularly focusing on the most awaited youth-orientated web series “Punch Beat Season 2” and sharing all the details of this season along with its star cast, storyline, release date, and reviews. 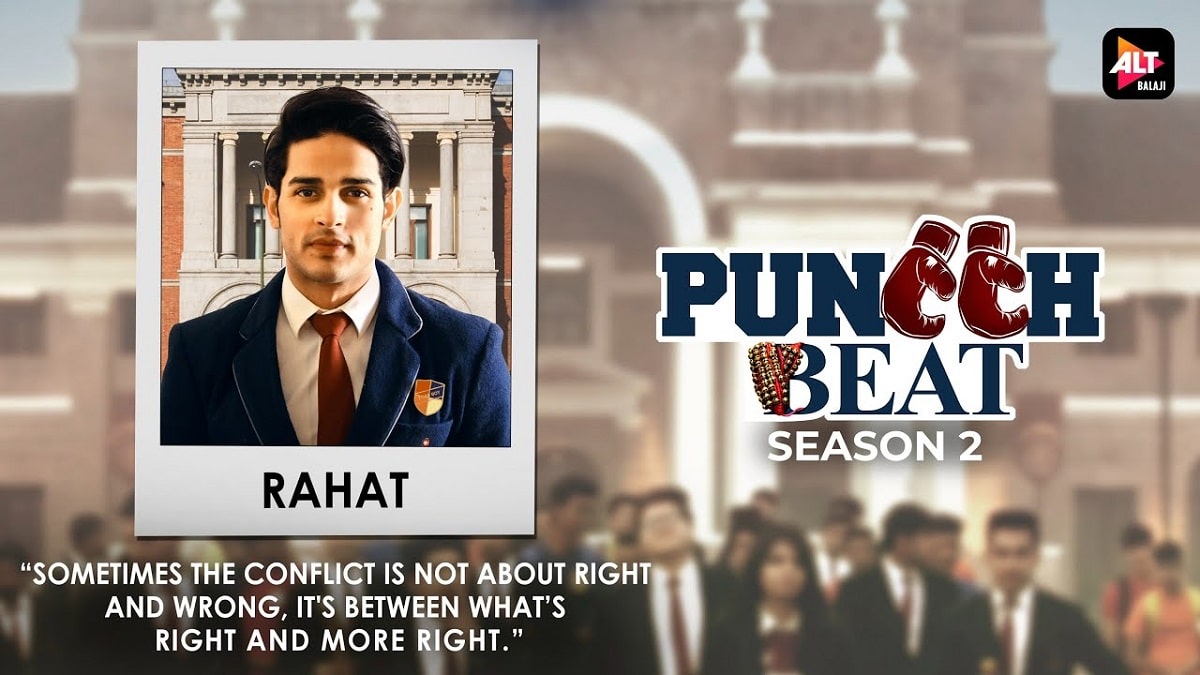 The second season is already streaming on the OTT Platform which successfully holds the attention of the viewers. The series is directed by Akshay Choubey and produced by Ekta Kapoor and the story of it is mainly focusing on the college lives of the students particularly on the rivalry of Rahat and Ranbir. This series is the continuation of the first season with the same concept but with a different storyline. This season it is showing how rivalries cause many problems in an individual’s life which create a lot of fuzz in the lives of teenage students and there is murder mystery is also hidden in this season.

The series is the continuation of the first season with a new twist in which we see the same rivalry of Rahat and Ranbir which is not going to be uglier as Rahat becomes the head boy of the college and Ranbir is not digesting this fact. On the other side, their love interest is also going to change and both these boys will be seen dating a new girl. The story would take a turn when a student of the university will die and the police start the investigation of the entire case. One member of the education committee will also join the police and will keep an eye on the entire incident.

The second season of this series is already released on Sunday, 27th June 2021, and streaming on AltBalaji and MXPlayer. In this season more drama and romance are featuring in this season. The trailer of the web series is also available on Youtube and most of you already watched it. The actors portraying their role beautifully and this season consist total 13 episodes. The second season receives mixed responses from the side of the audience as well as from the critics. Though, the series has a lot of music in it which makes it boring to watch sometimes.