The most eminent and well-known Malayalam lyricist-poet whose name is Poovachal Khader passed away today (June 22) due to Covid-19 complications. He wrote a number of evergreen romantic songs. He was mainly known for his work in Mollywood. He has gained huge popularity and fame for his nostalgic melodies. He was a very humble and kind person. He was 73 at the time of his death. His death is a big loss for the whole Mollywood Industry. After getting the news of his demise, everyone is deeply saddened. All his family members are in grief and trying hard to accept the truth, they all need our support and concern. 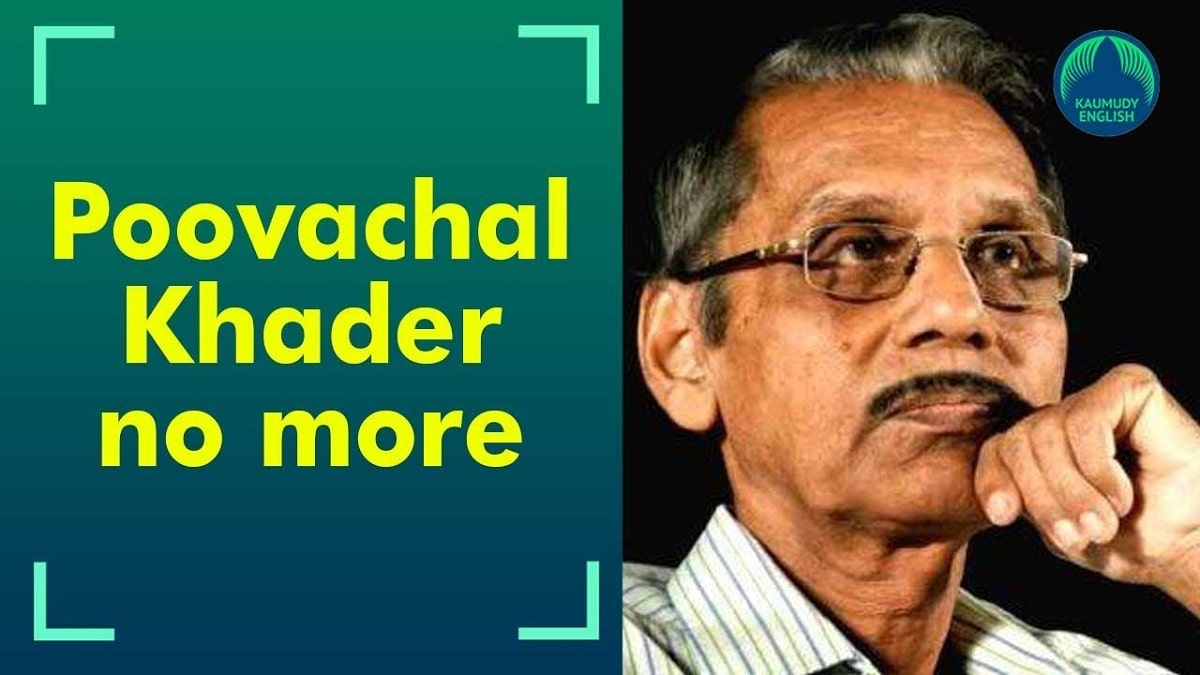 As per the sources,  the lyricist died due to cardiac arrest but he was also undergoing treatment for Covid-19 and intense pneumonia. He was admitted to the government medical college hospital. Pinarayi Vijayan who is the Chief Minister of Kerala wrote, “The demise of poet Poovachal Khader, who made a very remarkable contribution in the film industry, is a huge loss to the world of literature”. Several prominent personalities are paying soulful tribute to him by posting his pictures on social media.

If we talk about Poovachal Khader’s personal and professional life then he took birth on December 25, 1948, in Thiruvananthapuram, Kerala. His real name is Muhammad Abdul Khader. He was also an engineer in the Publicity department, KSEB. In 1973, he worked in his first movie titled “Kaattuvithachavan” as a lyricist but his first released movie was Chuzhi in the year 1973. In this film, he worked under M.S. Baburaj. He ruled the Malayalam film industry for over a decade. He mostly worked with Bichu Thirumala. He was known as the creator of a number of evergreen hit songs of Malayalam.

Around 1500 songs in 400 Malayalam movies are written by Poovachal Khader including Nirakoottu, Oru Kudakkeezhil, Palangal, Chamaram, and many more. He also wrote for maestros such as KJ Yesudas, P Jayachandran, S Janaki, and more. He got a chance to work with many iconic filmmakers like KG George, PN Menon, Bharathan Padmarajan, IV Sasi. He also penned for radio and Mappila. He was married to Amina and had two daughters with her. He also received many awards for his hit songs. Poovachal Khader leaves the world on June 22, 2021, in Thiruvananthapuram. May his soul Rest In Peace.