Today’s episode starts with Virender as he handovers the flight ticket to Sakhi and asks her to leave this house and in their lives too. He says that he will never want to see her face. She asks him how can he throw her out of his life so easily and blames Purvi for everything. She asks him to recall how he loved her so much and his heart beats only for his Sakshi. He says to her that he remembered everything but he also knows that she is not the same Sakshi whom he used to love her. He says that he has changed now completely. 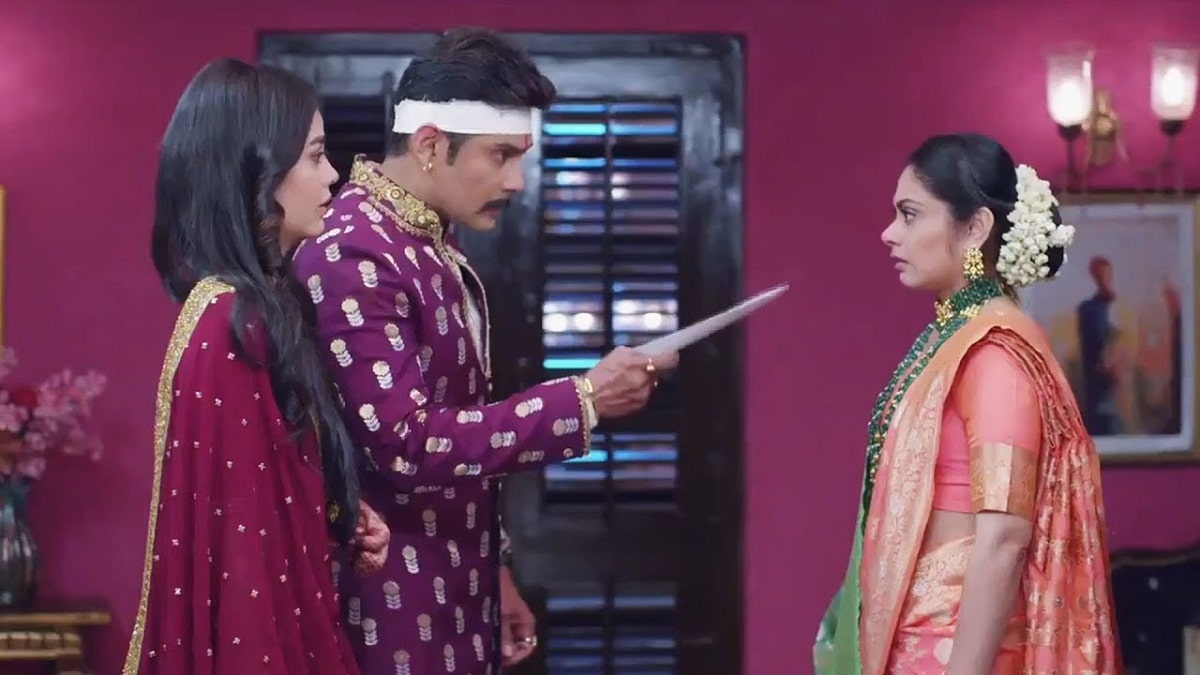 He says that today he is feeling that he lost that Sakshi five years back. Sakshi feels hurt hearing her and asks Purvi to forgive her. She leaves the room. Sakshi reminisces the time which she spent with Virender and her kids and leaves the place. The next day morning, Prakashi comes to Virender who is sitting in the hall and asks what is he doing here. Then she sees Purvi there and asks when she came here. Prakashi also asks about Sakshi to which Virender tells her that she has gone. Meanwhile, He asks Purvi to open the door. The servants come there with Prakashi and Anjali’s luggage.

They both identify their luggage and question Virender what is he up to. He asks them to leave the house now. She asks if he is getting mad. He says that he has got to know about all their doings. Prakashi says that he is getting them wrong and says definitely someone manipulated him against them. He reveals to them that he knows that how they kidnapped Sakshi five years back and after that used her against Purvi so that they can get Purvi out of the house. Anjali says sorry to him but he tells her that there is no need for all this drama.

Purvi says to Virender that he should think one more time about his decision. Virender says that when they didn’t think about him and did whatever they wanted to do then why he thinks about them. He breaks all his relationships with Prakashi. He says to her that she can stay in this village but not in this house. Prakashi warns him saying she will back to take revenge and goes from there along with Anjali. The kids come and ask about Prakashi, Anjali, and Sakshi. Virender says that they went on a trip. The next morning, Virender and Purvi wake up and decides to start a new life and for that, she wants to keep Puja at the house. He agrees. Catch your favorite serial Molkki’s latest episode on Colors at 10 PM.