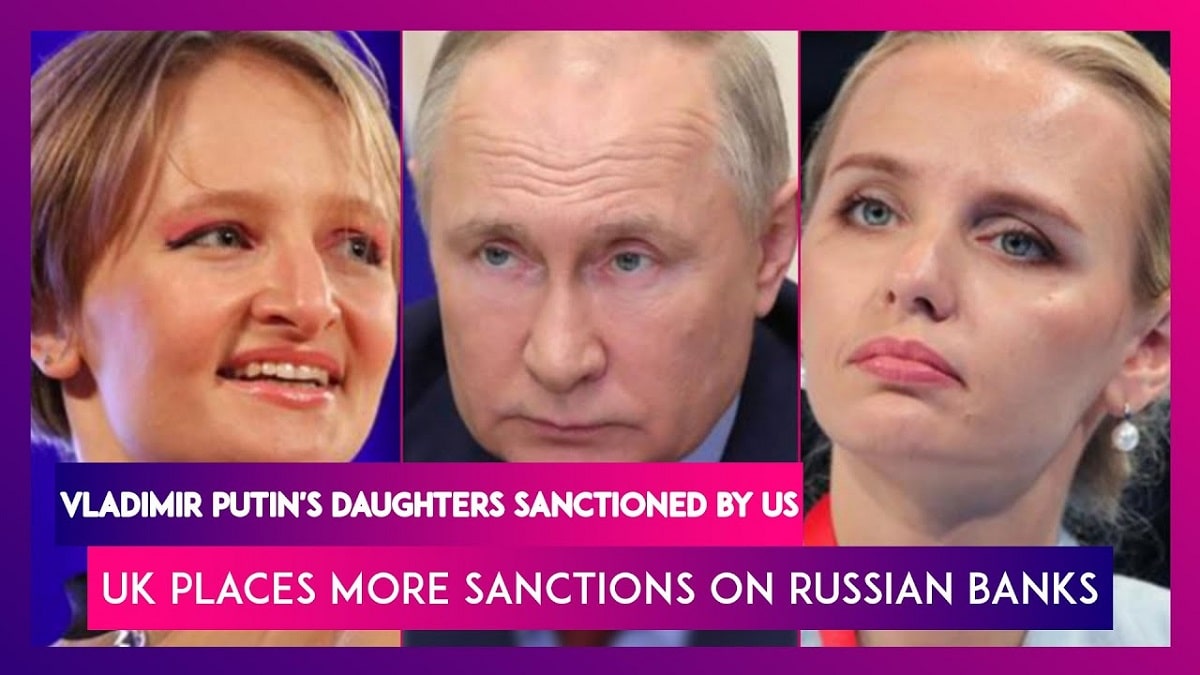 What Are Maria Vorontsova and Katerina Tikhonova’s Net Worth?

Russian President Vladimir Putin’s two daughters Maria and Katerina are one of those individuals who have been sanctioned by the US in the most recent round of economic sanctions and Europe in response to Russia’s invasion of Ukraine. After charges of the Russian military committing crimes in Ukraine, the United States will inflict fresh sanctions on Russia including fines on two of its largest banks and two of the daughters of Russian President Putin.

Who are Maria Vorontsova and Katerina Tikhonova?

Maria Vorontsova is a Russian pediatric endocrinologist. She has an estimated net worth of between $5 to $10 million. On the other hand, Katerina Tikhonova is a Russian manager, scientist, and former acrobatic dancer. She is believed to have a net worth of around $10 million. Both sisters are skilled and intelligent women. The two had a great future ahead of them. Putin’s daughters Maria and Katerina have lived their lives away from all spotlight.

Maria Vorontsova obtained her bachelor’s degree in biology from Saint Petersburg State University. She also earned a medical degree from Moscow State University in the year 2011. She was also a Ph.D. candidate at the Endocrinology Research Centre in Moscow, directed by Dedov, and administrators the charity initiative Alfa-Endo for children with endocrine illness, with Ivan Ivanovich Dedov as her adviser. Currently, she is a professor with a focus on the endocrine system. She is a researcher at the Endocrinology Research Centre in Moscow. She is also co-authored a book on stunted growth in kids.

Talking about Katerina Tikhonova is the director of Innopraktika, a $1.7 billion development project at Moscow State University to make a science complex. In May 2019, she earned a physics and mathematics degree after successfully defending her dissertation. In December 2019, she was appointed for the Development of Physical Culture and Mass Sports to the Russian Federation’s  Government Council. Stay tuned with us for more updates.