Manhattan Beach Accident: 3 Dead, 3 Injured in Manhattan Beach Collision: A terrible accident has happened on Wednesday that took three lives and left the other three injured seriously. Yes, you read it right that three people lose their lives in a crash. The news has been spreading on the internet. Numerous netizens have been reacting to the news and sharing their sorrow for this tragic accident. It happened in Manhattan Beach and the police department has started the investigation immediately. The families of the victims are deeply saddened after getting the news. Our heartfelt condolences to their families and friends. In this article, we are going to provide you with some essential details about the accident. Follow More Update On GetIndiaNews.com

As per the reports, three people have died and three others are injured and were admitted to the hospital. The accident took place on Wednesday (24 November) at Sepulveda Boulevard and Marine Avenue. The cops from the Manhattan Beach Police Department were reported at around 09:46 pm and the police reached the spot immediately where the multiple-vehicles crash happened. The police controlled the situation instantly. The families of the victims were informed by the police. Two men and one woman died on the spot, while two adults and a juvenile were admitted to the hospital immediately with severe injuries.

One of the three injured victims is in critical condition after the collision. However, not much information has been disclosed regarding the injured individuals. It was a four-vehicle collision that has taken three lives- two men and one woman. According to the Los Angeles County coroner’s office, 48 years old, Christian Mendoza from Redondo Beach was present in one of the vehicles who died on the spot. Another victim from the same place, Katie-Jay Scott, 40 also died on the accident spot, and another man who was unidentified and expected to be in his 50s also died on the spot.

The four cars which were involved in the crash are a VW, a BMW, and a Prius. One of the vehicles collided with a nearby building housing the Music Store. Police believe the accident was the result of a chain reaction. Act Sgt. Wilbert Pereira of the Manhattan Beach Police Department stated, “Police believe the crash was the result of a chain reaction.” Further investigation of the accident is still going on. We hope that the three injured victims will be recovered soon. We’ll update our readers soon with further details till stay connected with us. 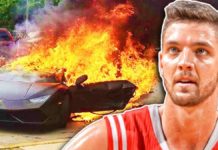 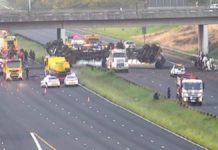 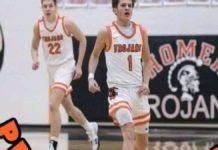