Hey readers we are back with the update of the upcoming web series “Main Hero Bol Raha Hoon” which will be streaming on the OTT Platform. The fans are waiting so long to watch this dazzling web series on their phone and TV screens but finally, their wait is over. The viewers will soon be going to watch this web series. Before its release, the fans are keenly searching about this and curious to know every single detail about it. For making their curiosity over here we are present with the details of it. The details of the web series including star cast, storyline, reviews, releasing date, and the streaming platform is below. 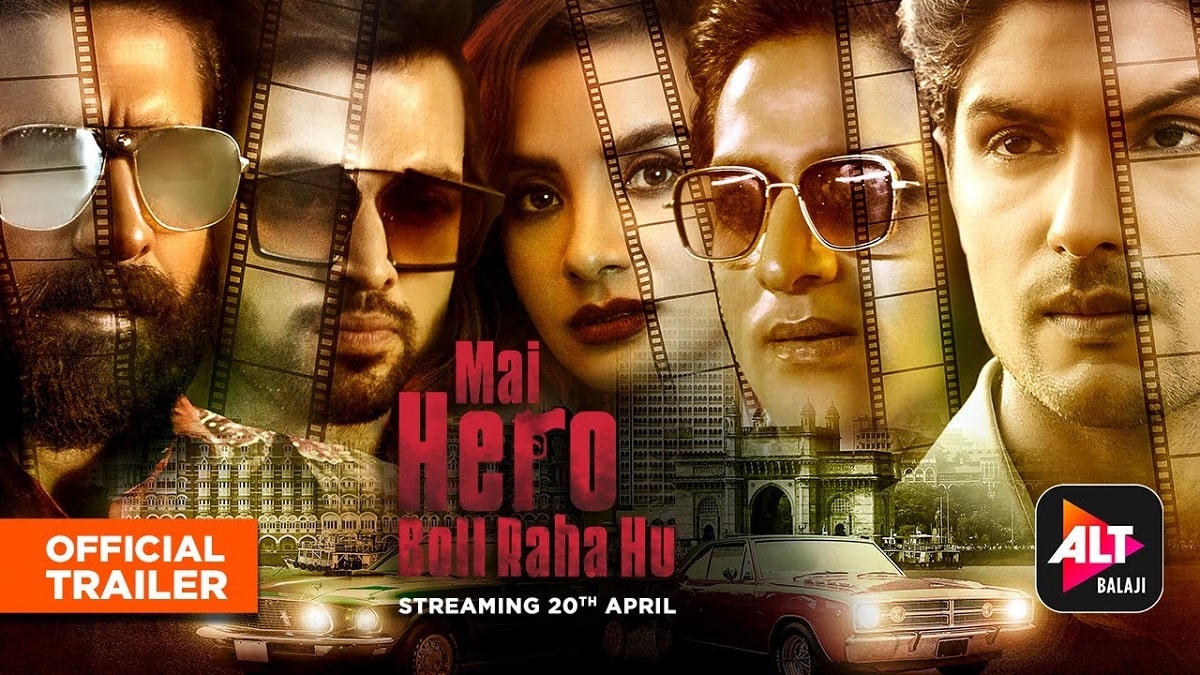 The Ott Platform ALT Balaji is ready to launch its new web series and the web series is under the production of Alt Balaji and Juggernaut Productions. It is under the direction of Director Siddhartha Luther and the creative director of the show is Samar Khan.

The star cast of the Main Hero Bol Raha Hoon web series are as follow:-

The genre of the film is crime and action which is based on the set of 80s Mumbai and the story based on the real-life story of a horrifying gangster of Mumbai. The web series is full of action and Parth playing the role of a gangster in this web series for the first time. The character of Parth in this web series is inspired by Abu Salem who was indulged in the extortion of Bollywood during the time of 80s and 90s.

The official trailer of the web series is released on Youtube by the official channel of ALTBalaji on 6th April 2021 with the caption, “In the ’90s the story of Nawab has begun, this is the time when our Mumbai is famous only for the three things Bollywood, underworld and our beloved hero. This is just only the trailer the entire film is still remaining.”.The caption is seemed very interesting to heard and the web series will sure give the fullest entertainment to the audience as Parth is playing the role of a gangster for the first time and he is looking very intense in his gangster role. The fans are dying to see him on the web series. The trailer gained 487,715 views and 13k likes.

The web series “Main Hero Bol Raha Hoon” is releasing today on 20 April 2021. It is streaming on the OTT platform ALTBalaji and it’s a paid subscription which means viewers need to buy the subscription first and then they can enjoy this thrilling and exciting web series on their phone and PC screens and this web series is only for the 18+. To know such updates of the upcoming web series stay tuned with us for such information and do not forget to share your reviews with us.