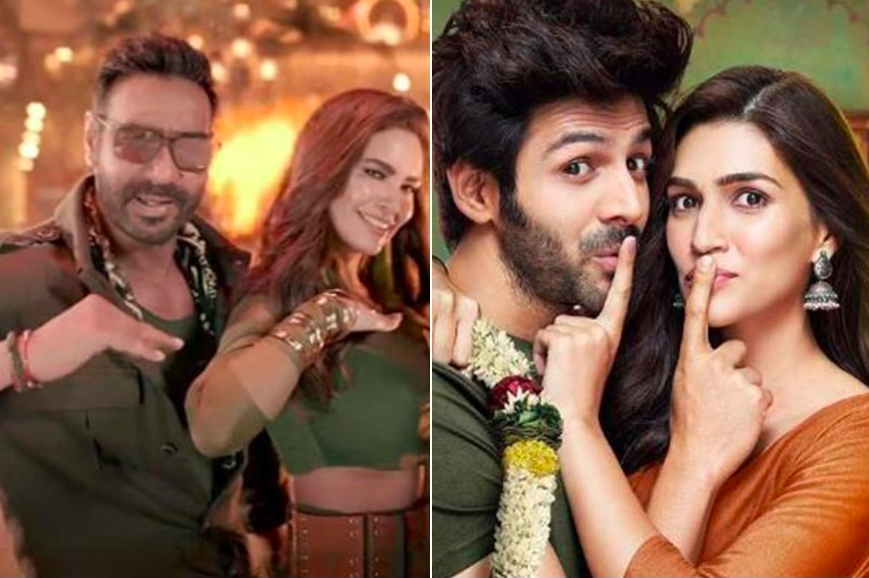 The Hindi movie, Luka Chuppi, has also broken the record, already, which was of the leading man Kartik Aryan’s last movie, Sonu Ke Titu Ki Sweety and the movie, Luka Chuppi, is based on the concept of the living relationship which is a romantic drama of the year.

Alongside, Kartik Aryan, the movie is also featured, the Bollywood actress, Kriti Sanon, who is essay leading role in the movie, and the movie Luka Chuppi is also featured some other actors, like, Pankaj Tripathi, Vinay Pathak, and Aparshakti Khurrana, who played other supporting roles in the movie.

For the meantime, the Bollywood movie, Luka Chuppi, is getting tough competition from the other Bollywood comedy drama, Total Dhamaal, which continues doing good business at the Bollywood box office and the movie was hit theaters on the last Friday.

The coming age Bollywood drama, Luka Chuppi, is helmed by Laxman Utekar and both the leading actors, Bollywood stars, including, Kartik Aryan and Kriti Sanon did justice to their parts and their roles as a leading living relationship couple.

The movie, Luka Chuppi, is in the meantime, written by, Rohan Shankar and produced by the filmmaker, Dinesh Vijan…..

As of now, the movie, Luka Chuppi, has collected Rs. 8.01 Crore and this one turn to the fourth highest opening day grosser of this year of 2019.