The most disturbing news is getting viral in India. Women use to be hit by a cab driver. The incident took place In Uttar Pradesh, Lucknow. While a woman was crossing a road, she later got involved in a fight with a taxi driver. Women slapped drivers more than 20 times and this is shocking that no one c comes there to stop her from doing so. Police have been stated that these pictures are of July 30th, 2021. 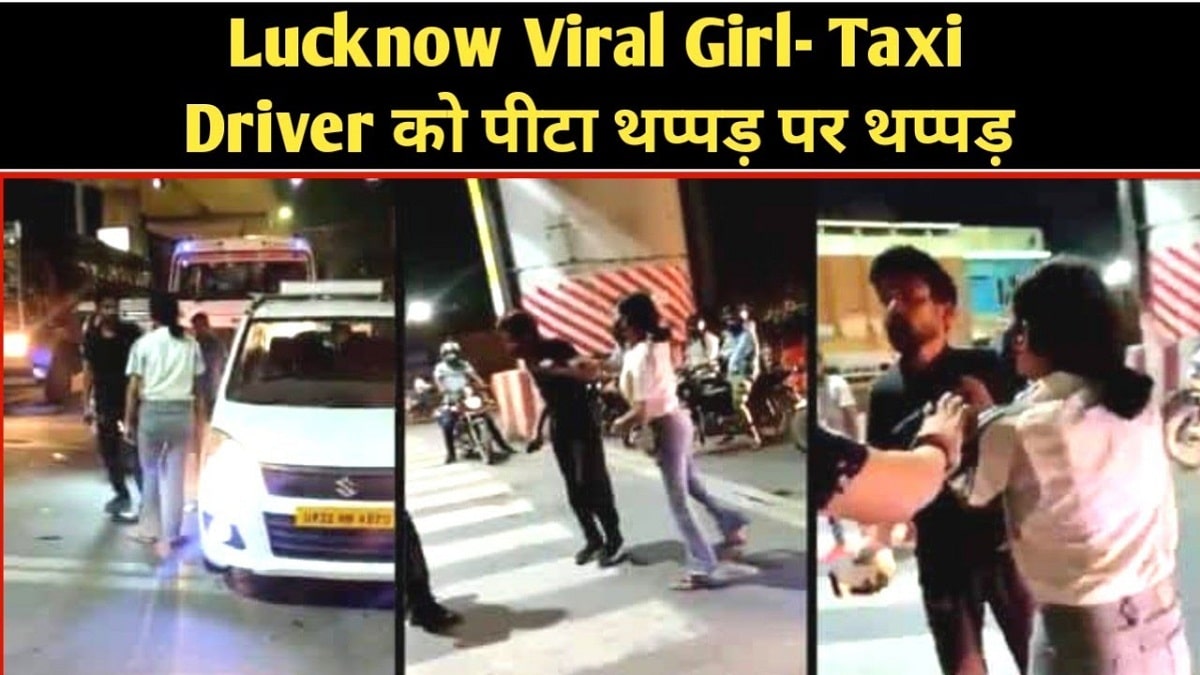 The name of the victim cab driver si Shadat Ali. he is 35 years old. Who stared that “the arrest of that woman is fine but what about the injuries I’m going through and even my self-esteem?” It is going to be difficult and even impossible for Shaadat to forget this incident as it getting viral on interest and there have been numerous platforms those are posted the CCTV footage of this mishap with him. Whereas, as per the Indian, Penal Code, the violence against someone comes under section 159. This will lead to face you one month jail with the 100 rupees fine.

As per the pictures, it seems that the cab driver used to hit a woman while she was crossing a road. And she went angry after which she started t beat the drivers continuously. While this mishap is going on police is also present at that moment. And women unstoppably beating up the driver. Whereas the driver didn’t misbehave even for once to a woman nor he uses any abusive language against her.

The CCTV footage of the event had been found in which you can see how this woman reacted after a driver just her mistakenly. She will be seen slapping a cab driver more than 20 times. While she was crossing a road, the cab driver was about to hit her but he applied the brakes at the same time, and she was saved for a hit. Still, she objected to it and started to beat the cab driver.

On the same day, a video gets viral and people used to be put the #ArrestLucknowGirl which is now trending on Twitter and people started defending him and asking for justice by arresting a woman as soon as possible. Whereas people are also claiming that “if it has been done by any man then police takes the sudden action against him.” Even the people who were present there might have to go save to the man and they even can beat him also.

We can see that there are women also in the crowd who are standing for that cab driver and supporting him. Women are also demanding justice and arrest of that woman. So, after facing pressure from the country’s people Lucknow police comes into action and arrested the accused.