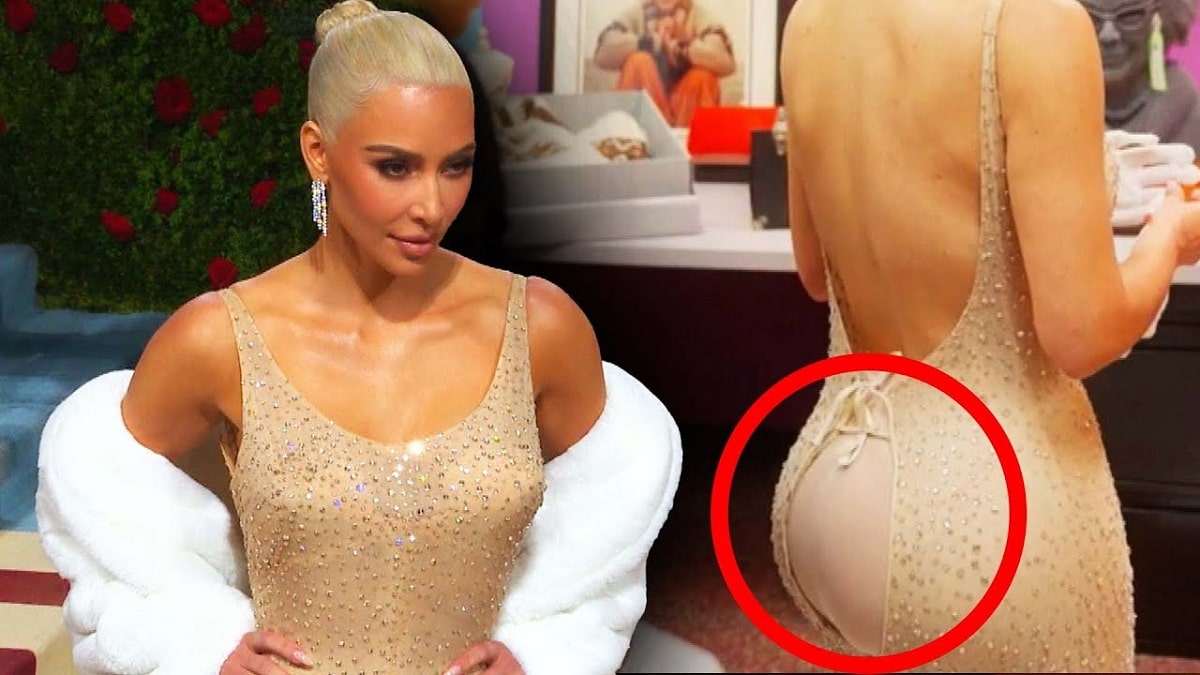 bob Mackie a famous designer who drew the original sketch for star Marilyn Monroe in 1962 jean Louis gown, tells EW, the fashion designer who designed the gown originally in early of his career working as an assistant of Jean Louis said it is a big mistake  Kim Kardashian made saying (Marilyn) was a goddess and she was gorgeous and nobody photographed like that and it was only done for her, only she nobody else it was designed. many others like historians claim it will destroy its structural integrity and preservation. it was bob Mickie who designed it at only 23 not knowing besides it will be worn by Marilyn Monroe only.

when Kim Kardashian hit the red carpet of the Met Gala wearing the Marilyn Monroe’s original 1962 jean Louis gown, in which  Marilyn Monroe famously sang “happy birthday” to the president john f Kennedy,  it raised a controversial appearance. as the dress is speculated to get damaged as in Monroe’s dress and to perform on record she goes under a risky crash diet to fit into and die her hair blond, striking Kim Kardashian to only celebrated the part of Marilyn Monroe and Kim Kardashian so desperately wanted others to have nostalgia.

some celebrated and praised Kim Kardashian for the nod to the icon, making many worried about the dispute and copyright claims for wearing the real gown. the costume historians and specialists and conservators explained the potential damage that the dress can get. TMC host Alicia Malone also said that Marilyn Monroe also raised concerns about her dress preservation because it can be damaged by oxygen and need a very controlled environment striking at Kim Kardashian. Monroe earned fame and praises for her beauty and striking sex appeal, and one of the most popular stars of Hollywood till now but loved for the person she is as she is a very generous personality.