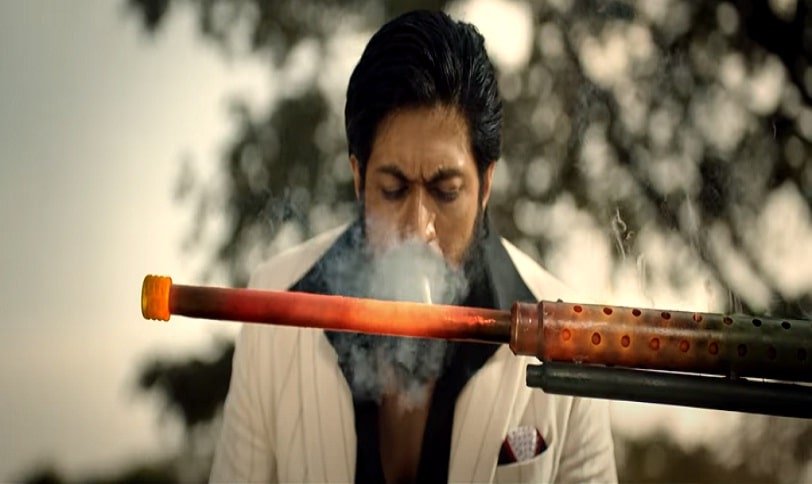 KGF Chapter 2 is an upcoming film of Yash. The film is written and directed by Prashanth Neel. KGF Chapter 1 success allowed the makers to scale up the production house. KGF Chapter is a sequel to the 2018 film KGF Chapter 2. The Initial scheduled release date was postponed due to the Covid-19 pandemic last year. KGF Chapter 2 was going to release at Yash’s birthday celebration. but the teaser got leaked before the official launching date. The KGF Chapter 2 teaser becomes the first Indian dubbed which covers 150 million views and 7.4M likes.

Karnataka health department has issued notice Aginst the lead actor of the film Yash, who plays Popular Character Rocky Bahi in the movie, In teaser Yash light a cigarette with a machine gun, According to the notice, it is mandatory to display a warning on the screen with the caption “Smoking is injurious to health“, but neither the teaser nor the publicity posters display any such message, Karnataka health department Issued Warning Notice Aginst Yash.

The film is dubbed in Telugu, Tamil, Hindi, and Malayalam languages. KGF Chapter 2 featured Yash as Raja, Sanjay Dutt as Adheera, Srinidhi Shetty as Reena Desai, Anant Nag as Anand Ingalagi, Raveena Tandon as Ramika Sen, Achyuth Kumar as Guru Pandian, Malavika Avinash as Deepa Hegde. Sanjay Dutt is playing the role of the main Antagonist, Adheera, Sanjay Dutt revealed that the role, he was playing in the KGF Chapter 2, he is looking for. Raveena Tandon is playing the role of prime minister.

In a recent statement, Raveena said, “It was a difficult character to portray”. In a recent interview, Sanjay Dutt shares his experience of working with Prashanth Neel. He said, “Prashanth is a very humble guy. It was my first time working with him and I had all the comfort from him. I felt like I was always a part of the KGF universe.” Now, The audience is eagerly waiting for the film. We hope, the film will get more success like the teaser. The release date of the film is not revealed yet. but release very soon. Stay tuned with us.