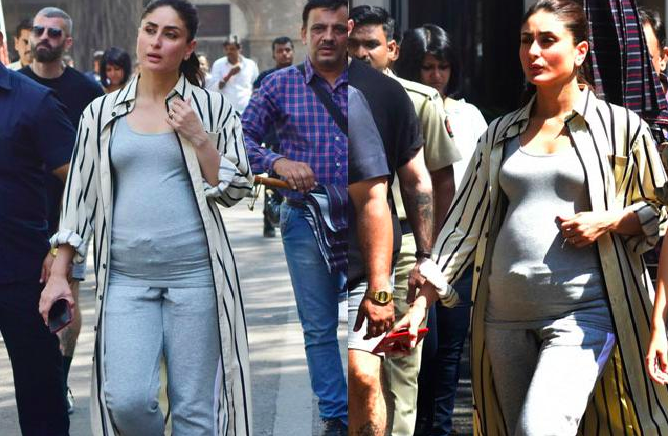 In fact, she is also donned a fake baby bump, and on seeing this baby bump anyone can mistake her of being pregnant, but the talented and the skilled Bollywood actress, Kareena Kapoor Khan only did so because she have to do justice with her role in the upcoming Hindi language movie Good News.

The movie Good News, which is touted as one of the most expected drama movie of the Bollywood is produced by Karan Johar and as per Karan Johar, the Bollywood filmmaker’s tweet, the film is all set to hit theaters on this September.

The leading man, Akshay Kumar, the Bollywood contemporary actor, launched and shared first look poster of the upcoming Bollywood flick, Good News, which is well received by audiences also alongside the fans.

In the meantime, Kareena Kapoor Khan has also signed up for the Karan Johar’s next directorial venture, Takht which is a period drama is also features, Ranveer Singh, Alia Bhatt, Vicky Kaushal, Anil Kapoor, Bhumi Pednekar and Janhvi Kapoor in other crucial roles.

This multi-starrer movie is all set to hit theatre on the upcoming year of 2020.

While, the upcoming Bollywood movie of the Kareena Kapoor Khan, Good News, is going viral and trendy on the social site, which is also making this movie one of the most awaited and anticipated movie of the year and fans and audiences are literally can’t wait to see teaser and trailer of the movie anyway.