We are back with yet another interesting update of your favorite serial “Gum hai Kisi Ke Pyaar”. In today’s episode, you will see that Virat becomes furious over Sai. Without knowing the whole situation virat start scolding Sai. He says how much brain you use in your studies, Use half of that brain before talking. Ashwini asks Virat without knowing whose mistake is it why you started scolding Sai. Bhavini tells Virat to ask his mother as he only listens to his mother and Sai these days. 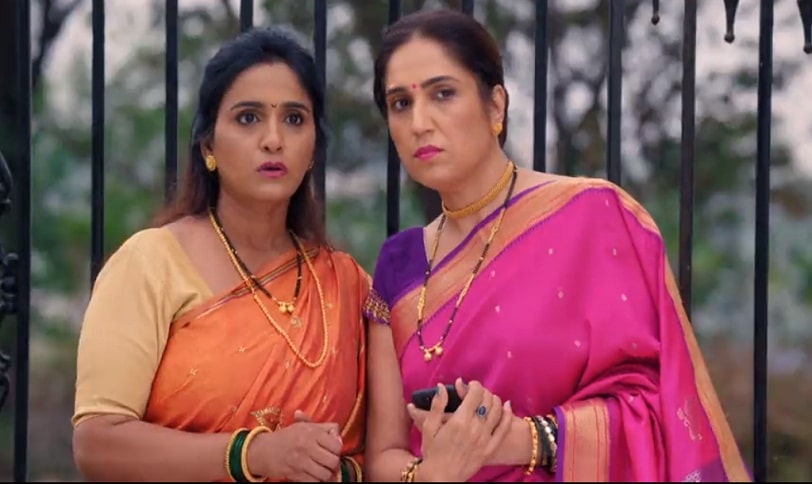 Ninad says look at your wife, how she is gazing at me as she will eat me raw. Virat asks sai to apologize to everyone. Pakhi asks Virat to make his wife understand to respect elders as she wants peace in the house. She says i don’t have any problem with Sai, it’s just that I don’t want a fight in this house. Sonali asks sai to learn something from Pakhi. To this sai replies that pakhi I am not answering you just because of the promise. Otherwise, I would have replied to you in a way that will make you feel ashamed.

Virat again asks sai to apologize. Sai says they always taunt me for work and they expect respect from me in return. Am I mad or what who don’t understand anything. Sai says not to bring his upbringing or his father in between fight. Virat says you actually don’t have manners. Ashwini tries to make Virat understand that sai has recently gone through a lot and everyone in this house always points sai, so she will become frustrated obviously. Virat asks Ashwini, why you always support sai?

Bhavani tells Devyani to stop talking nonsense. Devyani asks Sai to take her to college with her. Sai tells us we will go together once you are well. Bhavani asks Devyani to leave. Sai asks her to go now she will tell her everything about college later. Bhavani tells this house’s daughters are a disgrace. One is ill from the brain and another is in love with a married man.

Aswini tells Omi to respect Shivani. Sai says only elders of this family know how to talk and what to talk about, but when they themselves made mistakes nobody says anything. Karishma tells about last night and the Bhawani asks sai what she will say now?  She says her acts are disgracing the Chavan family. This is it for today’s episode. Stay tuned for more updates.