The gamers who are into Fortnite are going to be pretty happy as we are going to be explaining to you about bringing alien samples to Corny Complex. It has been stated the Week 9’s epic challenges are mostly about using the Fortnite weapons which are inspired by aliens and the weapons include the likes of recon scanner, rail cannon, and Grabitron, the players are also going to be finding IO satellite stations. 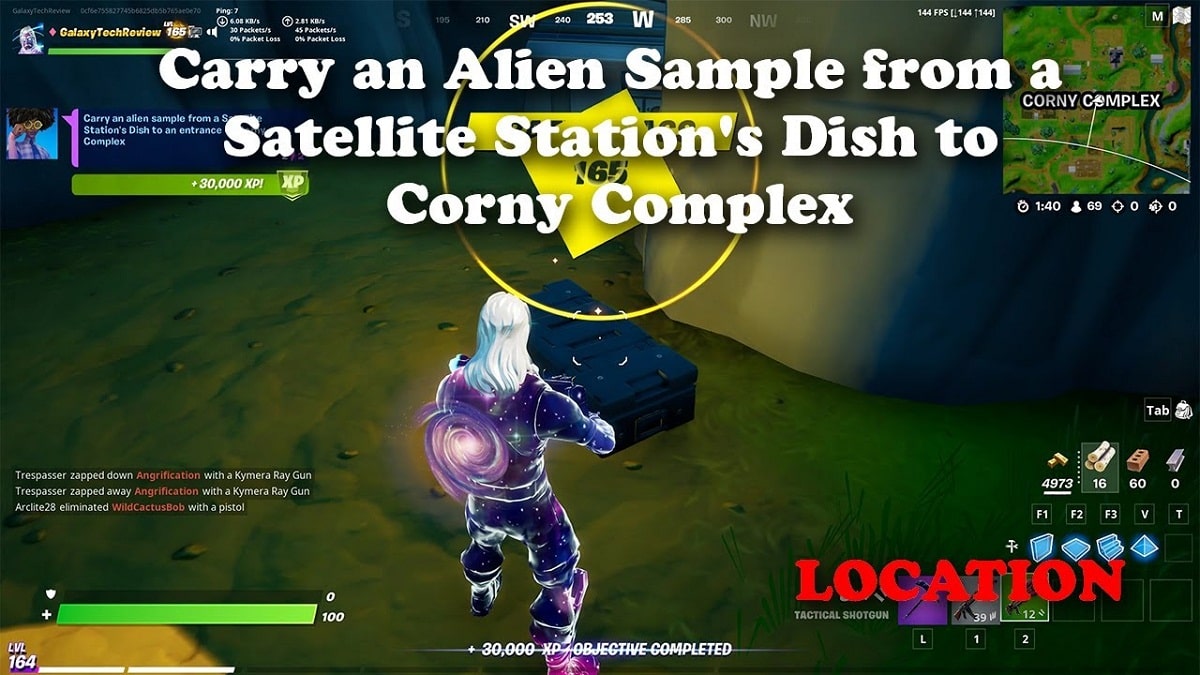 It has to be said this week’s tasks are super tricky which is to bring an alien sample from the satellite station’s antenna and then bring it to the entry of Corny Complex. This is going to be the only challenge that is going to be requiring the player to find something on the map.

Three bases where you can transport the alien samples –