Lancashire will be squaring off against Derbyshire for the next playoff of the English T20 Blast 2020. Both the teams are coming from the North Group. The match LAN vs DER will take place at Aigburth. A total of 18 counties are here comprising the tournament standings of the English T20 Blast 2020 and all these are majorly divided into 3 group divisions. Apart from the North Group there are 2 more- South Group and Central Group.

Both these teams, Lancashire and Derbyshire are sharing a similarity and that’s the second position. Well! That means, one of them is sitting on the second position while the other one is holding the second bottom position in their respective division. So, there are two more teams separating the two.

Team Lancashire is sitting on the 2nd position. All other teams of the North Group have gone through 4 total faceoffs. Out of these 4 matches, LAN has won 2 matches and the rest 2 faceoffs ended up without any result. So, there are no losing games so far. With 2 winning and the 2 with no result, LAN has collected 6 points to their account.
Team DER is holding 5th position, the second-bottom position in the North Group. Just like its opponent, DER has also gone through 4 total matches. They have lost 2 matches and the rest 2 without any result. So, on one hand, LAN has no losing matches while on the other, DER has no winning matches. Their current Net Run Rate is -2.575.
DER in their recent playoff was supposed to fought against the team Durham but unfortunately, the match abandoned due to rain. Prior to this gameplay, it was against Lancashire where DER has lost the match by 4 runs. This time, DER can exact its revenge winning this game over LAN but will the team be able to do this? Or the history will repeat itself? Stay tuned with us to know all about the match, DER vs LAN! 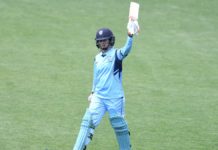 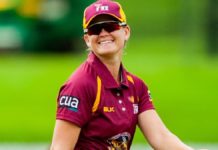 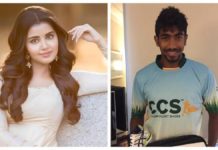 Who is Jasprit Bumrah Wife? Anupama Parameswaran or Sanjana Ganesan Rumour On Twitter