We are back with another update of your favorite daily soap “Choti Sarrdaarni” on 17th March 2021, as the viewers already watched in the last episode Sarab is searching Meher and his kids are also worried about their mother. And the only person who knows any information regarding Meher is Sandhya but Sandhya is too not in a good condition as she is badly injured and due to this condition she is not able to utter a single word. 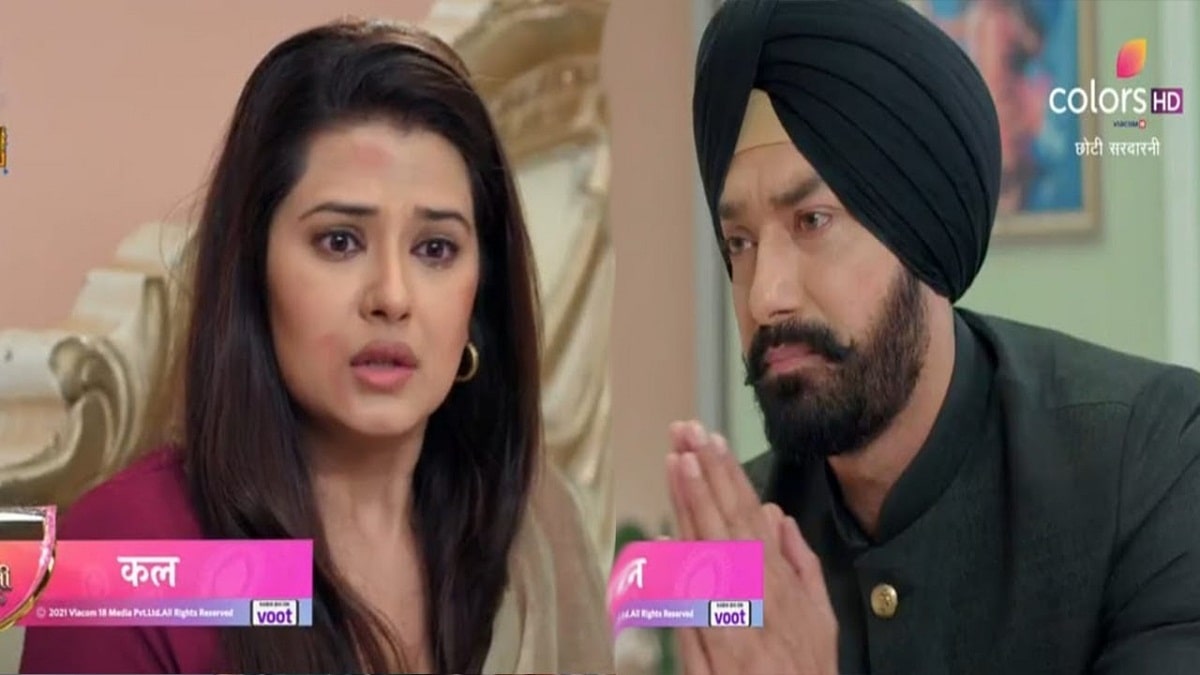 In the promo of the show, we can see that Sarab is trying hard to find any single clue of his wife Meher and he hired agents for the search and the agents inform him that Meher mam had not to board any flight and her last location is showing in Delhi and after hearing this Sarab gets tensed and thinking Meher where are you? Hope you are fine. In another scenario, viewers will see that some goons kidnapped a woman who has a blindfold on her eyes and her one leg is covered with blood.

The goons kidnapped her and locked her in a godown and one of the goon says to her mother if this woman tries to run away from this place then just shoot her. The location of this particular scene is might be in Haryana as their dressing sense as well as their language is very similar to this place. It looks like the woman who is kidnapped by these goons are Meher. In one of the scenes, Sandhaya is lying on the bed and keep whispering about Meher, Sandhya says, ” Meher you are stuck in the big danger because of me and you saved my life and send me here for my safety.”

Sandhya continues to say,” Whatever was happened last night will be going to change everything forever now and we can not able to change it. I am really sorry Meher just forgives me…”. In the upcoming episode, the viewers will see Kulwider is also changed her attitude towards her daughter and she is also trying to find out about Meher. Sandhya will be going to inform Sarab about Meher’s kidnapping and after hearing this Sarab is going to be very worried.

Finally, he will get to know about Meher and Sandhya will tell him that how Meher saved her life when she is trying to escape from her house but their family members killed her lover and capture Meher. In the upcoming show the viewers will see a lot of drama and suspense, so do not forget to watch the upcoming episode of  “Choti Sarrdaarni” at 7:30 PM. And be with us for the other information on their favorite show.