The incident at Galwan Valley has ignited a lot of disturbance between the two nations India and China. Taking place amidst the pandemic has fueled it even more. 20 Indian soldiers were killed in a violent act led by the Chinese troops. After that, the whole nation is supporting the boycott of Chinese products.

The military and the government took some major steps in order to bring the situation back to normal and maintain peace. The first sign includes Chinese and Indian troops pulling back from three friction sites at the Line of Actual Control. This includes the area where the violent clash took place which is the Galwan Valley in eastern Ladakh. To how far this pulling back will be extended that information has not been disclosed yet. The disengagement from the patrolling points at Galwan Valley, Hot Springs area, and Gogra, which had seen significant military buildup over the last two months, comes after three rounds of commander level talks in June.

China and India have been working hard to work things out and make peace with each other. Both countries are coming up with measures that ensure the disengagement and de-escalation at the border. According to reports, China has also agreed at the broad parameter to pull back its troops from patrolling points 14, 15, and 17. This decision was made during the June 30 Corps Commander-level talks.

Some sources say that the Chinese troops have stepped back from its position at Point 14 in the Galwan Valley. This was the site where the large-scale hand-to-hand battle took place between the Indian and Chinese Army. The event at this point led to the killing of 20 Indian soldiers. Both the armies are dismantling the temporary structures build at this point.

As asked, the PLA soldiers have also stepped back from Point 15 and 17 which are the Hot Springs and Gogra Areas. Here the Chinese troops have intruded several hundred meters beyond what India considers is the Line of Actual Control. Hence the disengagement has been going on good terms.

Some experts have described the situation and compared it to Siachen-isation of the LAC. But the militaries at both sides declined to it. The comparison is a reference to the India-Pakistan conflict of the Siachen Glacier. The troops were deployed continuously in extreme weather conditions, a lot of fire exchange took place resulting in death fatalities. A lot of soldiers lost their lives in the clash.

The Chinese foreign minister laid a claim to the area of Galwan Valley and said it was located at the Chinese side of the LAC in the western section of the Sino-Indian border. He made this claim after several decades.

Negotiations, however, have remained deadlocked on the face-off along with a series of eight ridge-lines radiating away from Pangong lake, known as Fingers, where the PLA has blocked Indian troops from patrolling up to their claimed LAC.

Hopefully,  both the countries come to an agreement and stop this violent act as no loss of life can be afforded anymore. Already the whole world is fighting with such a pandemic and amidst this bringing up these cruelties which bring no good to anyone. 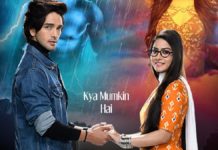 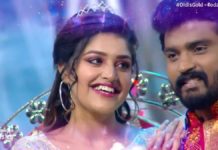 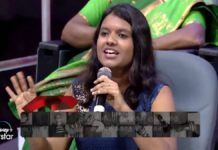