Bigg Boss 15 Elimination Week 9 Weekend Ka Vaar 5th December 2021: No Elimination This weekend!: The latest episode of Bigg Boss 15 featured a high voltage of drama. This week was quite violent as many contestants of BB were getting involved in a physical fight and messy arguments. Even in the previous episode contestants Karan Kundrra and Pratik Sehajpal once again got into the altercation during the sword-making task. Things get worst after Karan kicked Pratik at an inappropriate place. Ever since this scene of the task went-on telecast, there have been several who are backlashing Karan for his aggressive attitude towards the other contestants. This act will surely affect his image as well as the voting results of this week. Follow More Update On GetIndiaNews.com 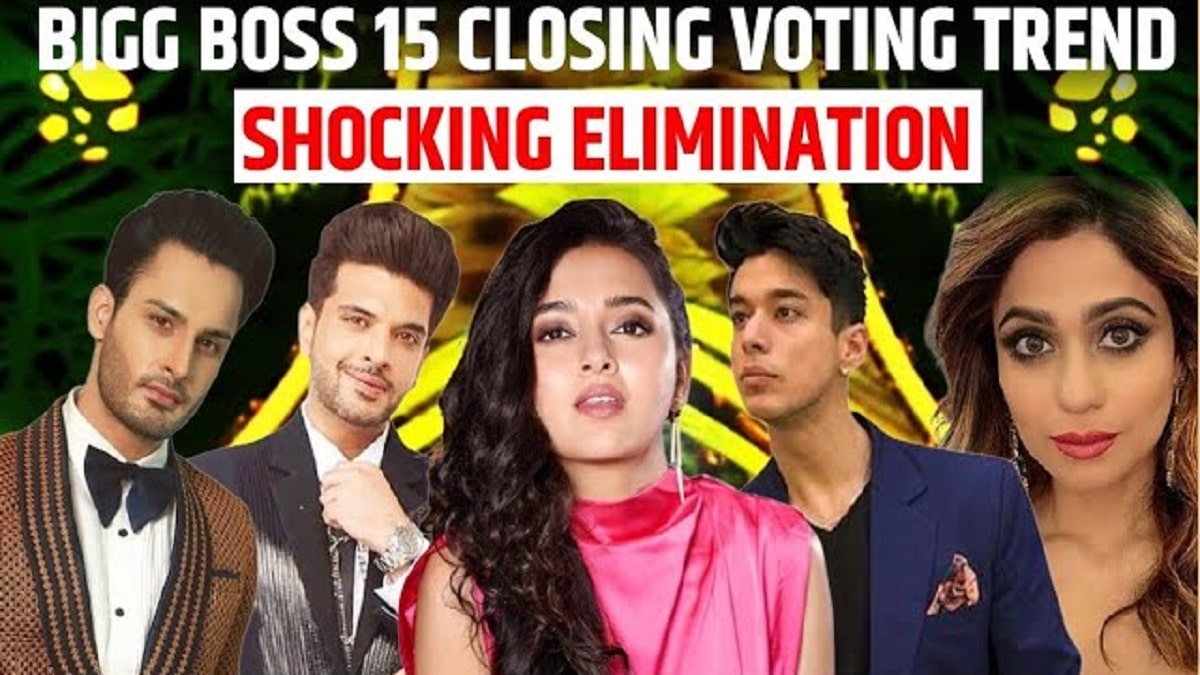 As per the latest report, in the upcoming episode of Weekend Ka Vaar, the viewers are going to see another shocking eviction. Questions which is currently making rounds all over the social media sites that is who is out of the show and whom Salman Khan shows the exit gate. Let’s find the answer to this question together. As we already know the seven contestants are standing in the nomination of this week.

In the forthcoming episode, the host Salman Khan will announce the name of the two bottom contestants. In the bottom two, contestants Umar Riaz and Shamita Shetty are standing. When Salman Khan will announce these names Karan Kundrra and Tejasswi Paraksh will surely get shocked. As both Shamita and Umar are close friends of Karan and Tejasswi and their eviction will affect their bond. However, there is a twist that came in the eviction as soon as Salman announces the name of the bottom two, later on, he announced that there will be no eviction this weekend.

It means that those contestants who are currently in the nomination are automatically nominated for the elimination of the next week. However, the viewers need to wait for the official announcement from the side of the show makers regarding the elimination. Apart from this, the latest episode of BB 15 will quite fiery to watch as Salman Khan will slam the contestants on the basis of their behavior.

It seems like Bigg Boss 15 house becomes a battle arena. For the past few weeks, the watchers are watching the extreme aggression and physical violence of the contestants. In the latest episode, during the fight between Shamita and Devoleena, Shamita gets faint and now another drama is going to feature in the forthcoming episode of the show. The latest promo of the show is giving a glimpse of the entire episode which increases the high interest of the audience. But before looking at a highlight of the upcoming episode let’s have a look at the voting trend of this week.

The makers of BB 15 constantly give many twists and turns and the show is surely breaking the TRP records. The wild card entries are giving tough competition to the other contestants. As we all are watching the house is split into two VIP and Non-VIP. The Non VIP and VIP game concept is that contestants who win the VIP ticket will be in the finale. So in BB 15, the contestants are overtaking each other for VIP tickets.

Talking about the voting trends, as per the unofficial voting polls, Rajiv Adatia and Nishant Bhat are currently in the danger zone. Whereas Pratik Sehajpal, Tejasswi Prakash, Shamita Shetty, Umar Riaz, and Karan Kundrra are in the safe zone. It is not surprising that one Non-VIP member will be evicted and will get kicked out of the house. But the question is who will it be? The voting results of this week are:

As we already told you that Rajiv Adatia and Nishant Bhat are currently in the danger zone so far. But we can’t predict anything right now as there have been many sudden eliminations in the past. So the end result may not be according to the voting results.

The upcoming episode of Bigg Boss 15 is going to be a high of action and drama as Non-VIP members will be watching getting into massive fights. Arch-rivals of the house Pratik and Karan will be once again at airhead after Karan apparently goes physical at the time of the task. As per the promo, Pratik Sehajpal has an emotional breakdown after Karan certainly yet again loses his temper and gets violent during the task.

As expected Tejasswi takes the side of Karan and constantly accuses Pratik of his not unacceptable behavior. She says “Open my mouth, where do girls like your hands in the task. There are even slaps.” Pratik is not able to take all this blame anymore and begins crying. That’s all for today watch this episode of “Bigg Boss 15” on the colors channel at 10:30 PM and stay tuned with us for more such updates.