Bigg Boss 15 Elimination 10th October 2021: Who Get Evicted From Bigg Boss 15 This weekend? The most awaited and popular controversial reality show “Bigg Boss” is finally back with its 15th edition. After the conclusion of the digital version, fans were keenly waiting for its television version which is hosted by Bollywood actor Salman Khan who is taking a huge amount for each episode in the form of salary. Bigg Boss 15 Elimination, The show was premiered last weekend and it is the first weekend of the BB reality show and the week is finally coming to an end, by the end of this weekend, the show and audiences will get its first contestant to be evicted from the show. Follow More Updates on Get India News 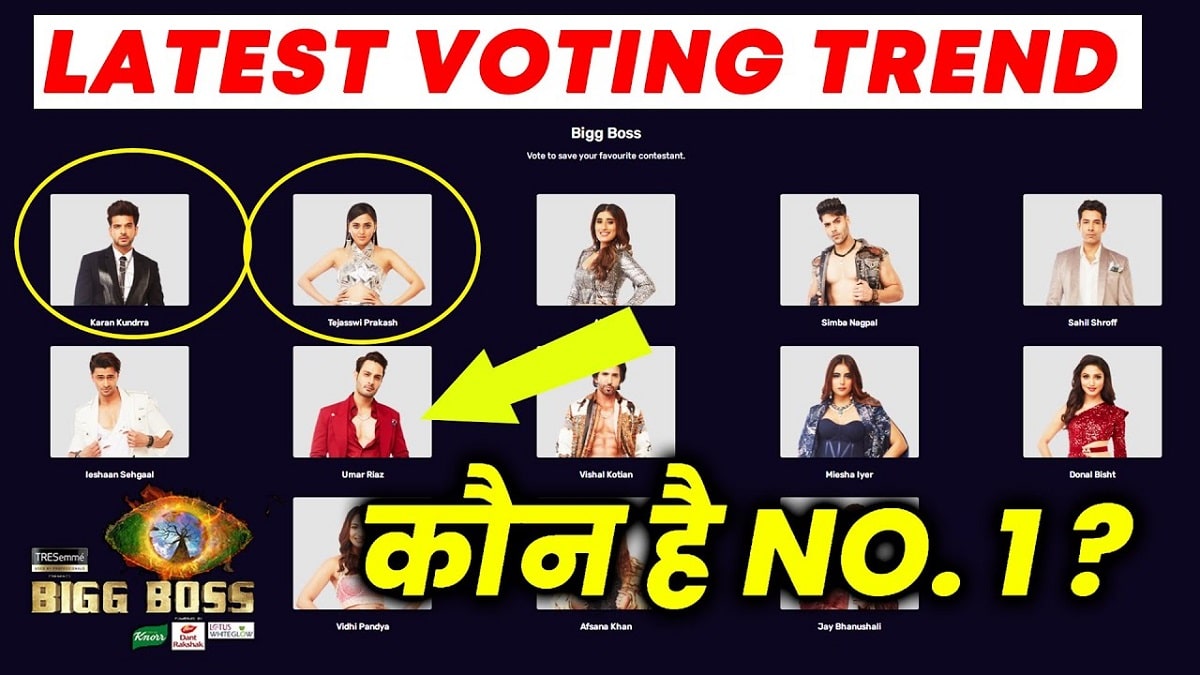 On the basis of the audience votes, One BBmate will say goodbye to the BB house at just the starting of the 15th edition. But whose journey will be going to end at the very first is quite interesting to watch and disheartening too as it is just the first week of the show and contestants did not get enough time to show their gameplay and the contestant who will be going to be eliminated is disheartening.

This week several popular contestants are under danger of elimination. Pratik and Arjun had an explosive fight and Karan won the hearts where he intercede and got the solution. Netizens are split on this and when Pratik broke the glass door they felt that things were taken too far. Because of this, all the contestants are under the nomination block.

In the upcoming episode, Salman Khan will be seen upset at the behavior of Pratik Sehajpal. The streaming channel Colors released the promo of the upcoming episode of Weekend Ka Vaar of BB 15th edition. Though, the way it has been edited watches to be causing quite a disappointment among admirers. As in the promo, host Salman Khan is viewing slamming and blasting on the contestant Pratik Sehajpal for his recent behavior on the show.

On Friday’s episode, 8th October 2021, Pratik broke the locks of washrooms while his co-contestant Vidhi Pandya was still taking a shower. Salman will be upset with his behavior and action, he confronts him and others try to tell him what he did wrong. Though, Pratik found nothing wrong with it and denied apologizing.

Who Will Be Going To Eliminate In Tthe First Week

The speculation regarding the elimination of the first contestant of this 15th edition is on Sahil Shroff. According to the insiders, it was unveiled that the journey of Sahil will come to an end and he will become the first contestant to get eliminated. Catch the Weekend Ka Vaar episode to see what exactly happens.