Bigg Boss 15 Triple Elimination 25th November 2021: Jay Bhanushali, Vishal Kotian, Neha Basin gets Eliminated From BB15 This Week!: The popular controversial reality show “Bigg Boss 15” is constantly adding many elements in order to raise the graph of the show. Recently viewers watched the shocking eviction of Simba Nagpal which lefts netizens and fans outraged. But makers are also added several wild cards entries on the show and out of this one new name is added that is entertainment queen Rakhi Sawant. Yes you are hearing right Rakhi Sawant is all set to make a wild card entry on Bigg Boss 15 and she will be accompanied by her husband, Ritesh. Rakhi won the hearts with her performance on BB 14. Follow More Update On GetIndiaNews.com 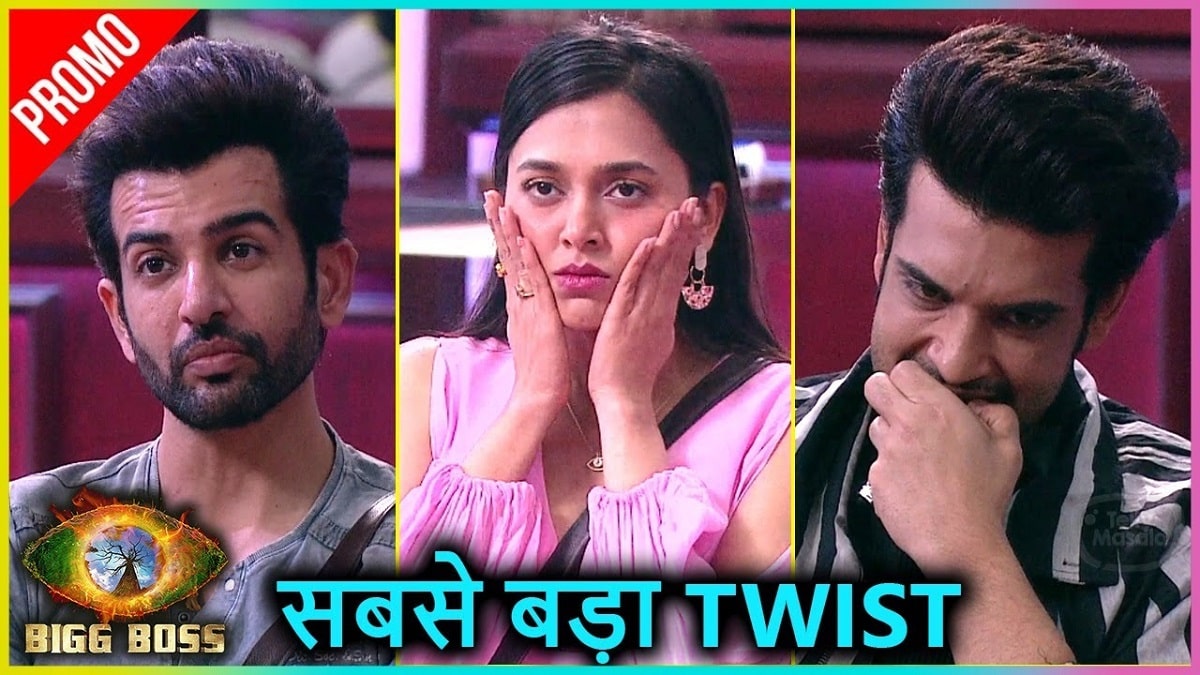 Apart from this, BB 15 watched a major fight between Umar Riaz and Pratik Sehajpal wherein the latter got very angry and pushed Pratik repeatedly. The quarrel which was between Rajiv Adatia and Neha Bhasin ultimately became Pratik and Umar’s fight. At the starting of the episode, Rajiv was watched confiding in Umar Riaz about the behavior of Neha Bhasin.

He told him that he is angry with Neha and that she did not even once try to talk to him. While having a conversation with Rajiv, Umar Riaz made a disparaging remark against Neha Bhasin. Rajiv informed Umar, “Neha has not come once to me from last night asking what I am upset with her. We are almost the same age in fact she is 4 years older than me. But I have a brain and I am a businessman and I have done a very good thing.” After that Pratik and Umar got into the fight as the former heaved  Pratik into the conversation.

In the latest episode, viewers watched the mid-week eviction of the strongest contestant Jay Bhanushali which is quite shocking for many fans. The audience had yet to emerge from Simmba’s eviction but another eviction of Jay put them in a big shock. Jay is now out of the show. However, the performance of Jay on this 15th edition was not that effective and due to this audience gave him the least votes. Tejasswi and Karan got emotional after watching the shocking elimination of Jay.

Apart from this, the fans are super excited to watch entertainment queen Rakhi Sawant and her husband Ritesh. She already showed her game in the previous season and now she is super excited to win the 15th edition of the show. Rakhi said during an interview that she is very happy and looking forward to this stint in BB15 and said “I will hang on the trophy but will bring the trophy home. I will do all the saam, daam, dand, bhedh to ensure that I win this time.” So readers don’t forget to watch this super exciting episode of “Bigg Boss 15” on the colors channel at 10:30 PM and stay tuned with us for more such updates.