Keep the level of your excitement high to catch the latest written update of the 26th January 2021 episode on “Bigg Boss”. Tonight’s episode is gonna completely Dramatic, Entertaining, and obviously Disputatious.  In the last episode of Bigg Boss we have seen, there was a nomination task after which five housemates got nominated: Nikki Tamboli, Vikas Gupta, Arshi, Rahul Krishna Vaidya, and Rakhi Sawant. 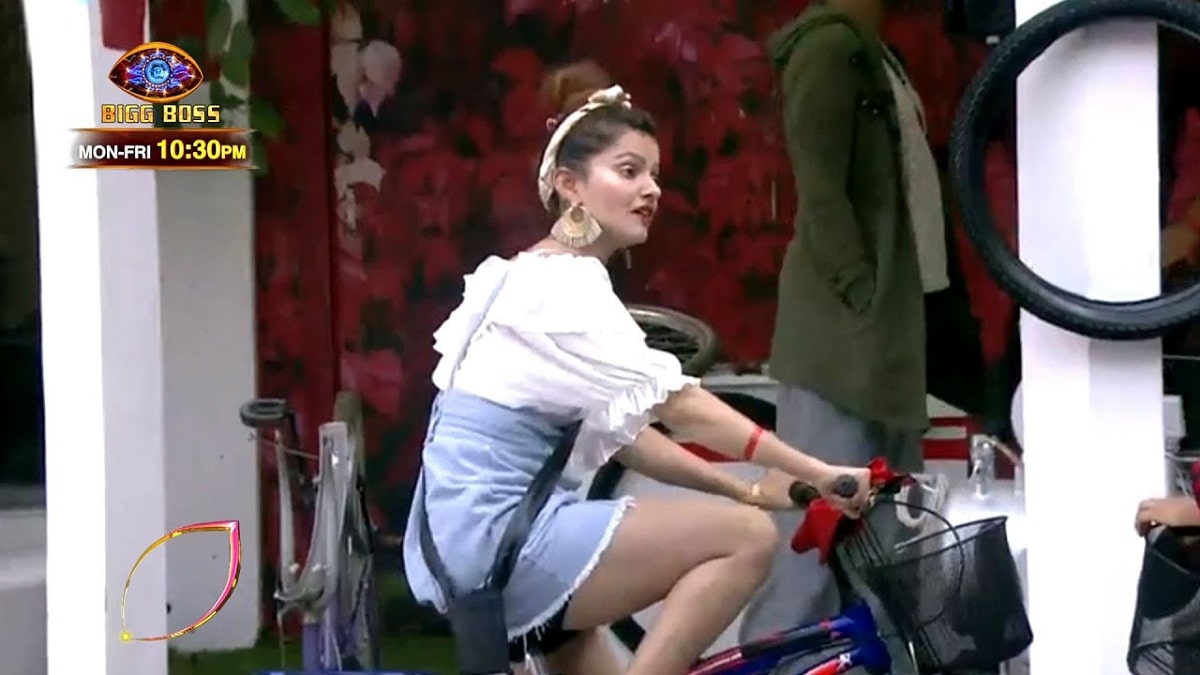 In tonight’s episode, Rakhi and Rubina again include in an argument, regarding kitchen duties. Rakhi cooks lunch for the inmates, but Rubina will not take it as it’s her duty to cook lunch and she tells Rakhi not to do it again. Then they go through an argument. In which their words are Rubina says “Don’t try to show your fake goodness by doing others duties”. After which Rakhi says “whatever I want I will do and nobody will stop me.”

Bigg Boss gives them another task which is Cycle Shop Task. This includes two teams Red and Yellow. Vikas Gupta will be a Sanchalak in the task.  Everyone heel’s the braid to win the task, during which they fight a lot against each other. The most brawl quarrel is between Abhinav and Ali, he uses to push Abhinav first then Abhinav couldn’t stop his anger and give him a push back.  Vikas stands in support of Abhinav.

The winning team will get the advantage to use the bedroom and washroom. The team which wins the advantage is the Yellow team. Bigg Boss announces that the bedroom area will be opening for five minutes. All the contestants rush into it and start collecting their essentials goods like Bedsheet, Mattress, Cushion, and Makeup. It will be fun watching it in tonight’s episode.

In the last episode, we have seen that Rakhi maker temporary tattoos on her body with lipstick. She had written Abhinav’s name and “I Love Abhinav”. Which makes Rubina and Abhinav irritate by her actions. And Sukhla went to her and try to make her understand that it’s looking annoying, not entertaining. Rubina told Abhinav not to support her cheap entertainment. Even Arshi was also against her. And the nomination task was amazing to watch. As inmates gave their best to save them from nomination. Rakhi is the complete entertainer. She made everyone laugh with her entertaining actions. Watch the full episode “Bigg Bos14” on Colors Tv, at 10:30 PM from Monday to Friday and at 9:00 PM from Sat-Sun.