The episode starts with Bondita supporting Trilochan by saying that he couldn’t do anything wrong during pooja, as he is the most devotional person. She says my heart says he couldn’t be wrong and I will prove it. Anirudh also says the same thing and tells Bondita to find the culprit together. Where Sampoorna says will Durga Mata forgive me? As it was my first Rasoi ritual which spoiled. By showing fake tears she says I’m an unlucky person and can never live happily. 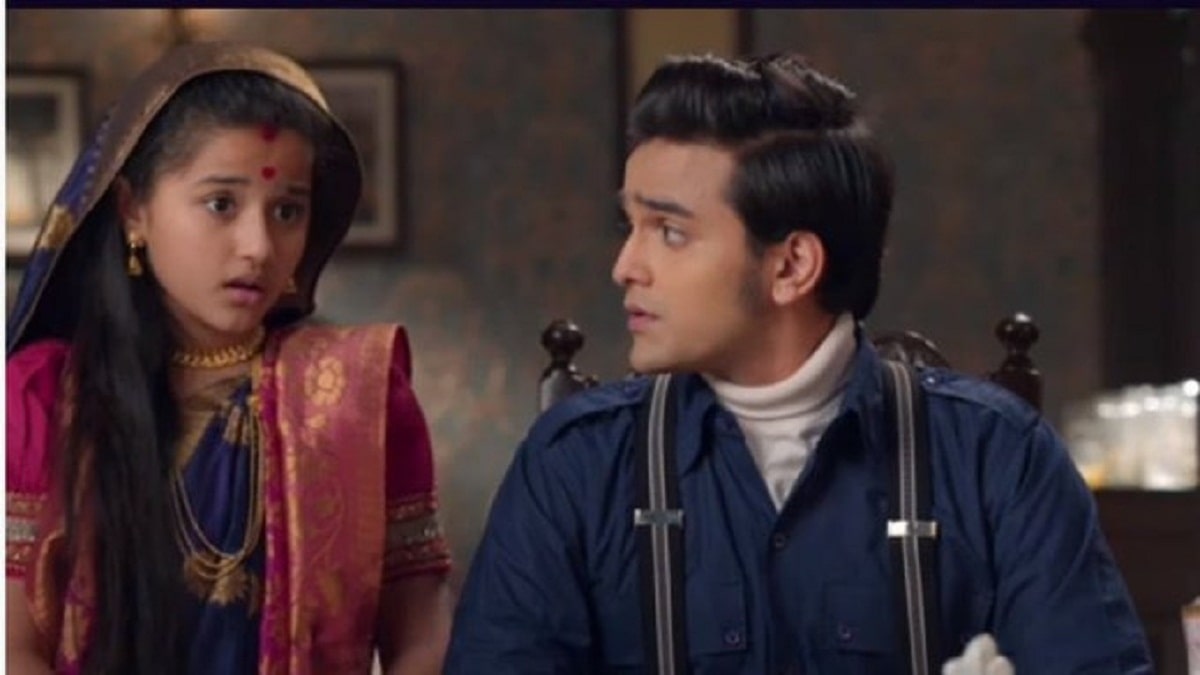 Mami questions Sampoorna “Did you notice what happened”? Then she gives her a Dead Rats and Sampoorna puts them into the bhog. And Mami plans that since now they will target Bondita, not Trilochan. Bondita got to know about the culprit behind this and she decided to tell about it to Anirudh. While she is going with the Mami’s saree in her hand Sampoorna asks her “What is it”. Bondita tells her the truth that it was Mami who put rats in the bhog.

But Sampoorna says why will she do this? Where Sampoorna tries to stop her by saying emotional words “Fine go and tell the truth then everyone threw me out of the haveli when they know it was a mummy.” Bondit says that she will never let it happen with Sampoorna. Sampoorna gets tears in her eyes and wonders that Bondita loved her a lot more than Trilochan.

Bondita enters the room and Anirudh questions her that “why didn’t her homework is incomplete yet?” And he feels Bondita is sad so, he ask her the reason and she replies how do you know I’m sad. Anirudh says I can feel it with the sound of your feet. Then she tells him about what Sampoorna said to her. And he makes her sit first. Then he says Sumati will come soon so, stop crying. After this, he teaches her tables.

The next morning, Trilochan tells Mama and Mami to leave for the village. Where Mami starts crying and asks Trilochan why is he doing so to us. And she says that nobody respects Sapoorna in the haveli and same with us. Then Binoy says you can stay here and no one insults you again. He also says that I have found a job for them. He says Mama will be Munshi from now. Stay tuned with our site to grab all the latest episode written update of “Barrister Babu” so, don’t forget to watch the full episode on Colors Tv at 08:30 PM Mon-sat.