Bade Acche Lagte Hain Season 2 8th April 2022 written update full episode: Priya Wants Ram To Scold Her: We are here with the written episode update of “Bade Ache Lagte Hain 2” of 8 April 2022. The episode begins with, the truth of Priya’s dad is in front of everyone. Things are so difficult for Priya and she is also afraid of getting scolded or hurt by Ram after this. Priya is guilty and this is a hard time for her as her marriage is in danger now. But Ram is there and he will be seen supporting her. Priya is shocked to see that Ram is in her support and he is defending her in front of the family members. Follow More Update On GetIndiaNews.com 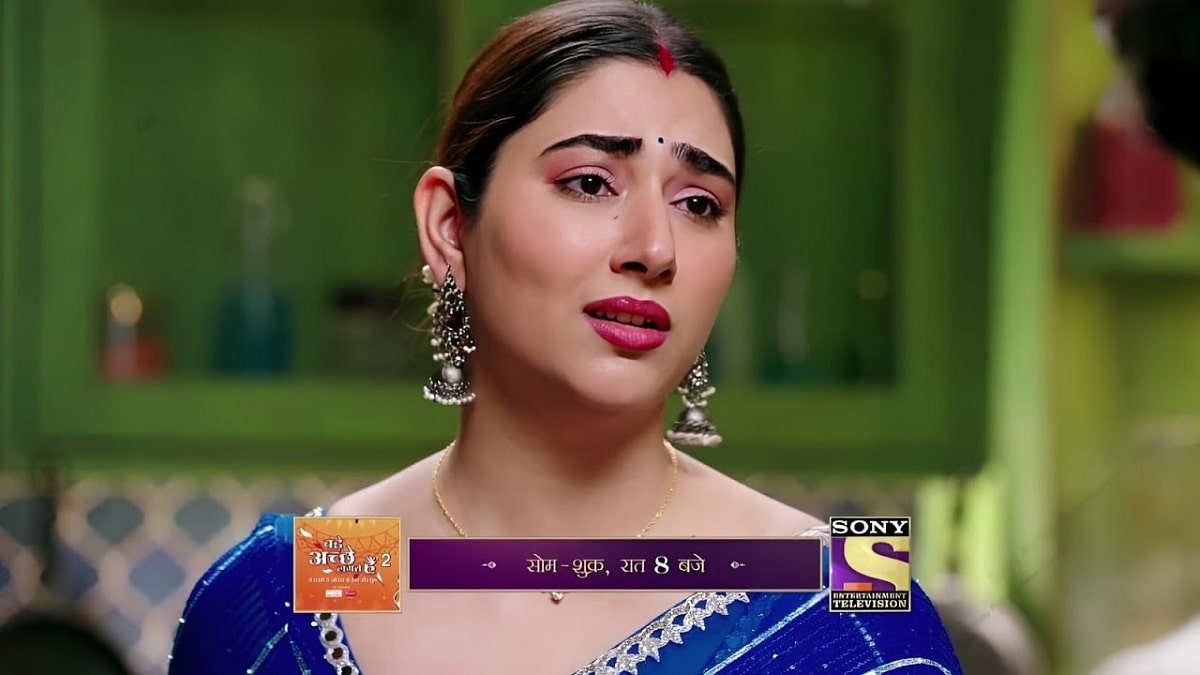 Nandini is also shocked to see that Ram is defending Priya in this situation. Rather be make her out of this house he is standing in her support. Nandini is acting as if she shouldn’t know about the attack but t was all planned by her only. Meera is happy to see that Ram is defending her and he is so calm after knowing the truth. Whereas on the other side we will see that Vedika is out of the house and she is burning in revenge mode.

Nandini asks Ram why is he still quiet and has not yet taken any action against Mahender Sood. You must make him sent to jail as I can’t be lost my son in any way. Meanwhile, Priya comes forward and she says to Nandini, ‘I will always be there for my husband and will not going to leave him only ever. I will not let anybody harm him. He is my only one and I will always be there to keep him safe and happy.”

On the other hand, we will see that “Nandini reaches to Vedika and there she has been told her that you are the cheater as you know everything and whatever you have been doing is your plan. You may leave this house right now.”

Nandini is so angry and he told her to leave the house right now. She also says that “Ram is trying to be so nice to you even Priya is also in your support but you did is wrong.”

Vedika get so jealous and she left the house. After this Nandini threats her sister-in-law and tells her to keep her mouth shut or else “I will take you out of this house.”

Later Priya’s mother apologizes to Ram in regard to her husband’s attack on him.